It was 130 years, three months and one day ago that the old Loockerman property was filled with the carriages and horses of visitors who had come for the dedication of the then-newly established Delaware College for Colored Students.

A college for blacks in Delaware was a novel institution, and it is certain that many of the visitors came on that Thursday afternoon, Feb. 11, 1892 with doubts as to the future success of what they viewed as an educational experiment.

Fast forward 130 years to May 15, and the success of the institution was not in question in the minds of the festive gathering, but rather the spirit of celebration abounded in honor of the 130-year history of Delaware State University, as well as its numerous ongoing accomplishments.

The 130th Anniversary Celebration – held on the outdoor basketball courts near the MLK Jr. Student Center – also represented the second in-person event in the past two months that brought alumni back to their alma mater.

To see images from the 130th Anniversary Celebration, click on the below link:

Dr. Devona Williams, chairperson of the University’s Board of Trustees, made it clear who gets her gratitude for how University made it through the past year of the pandemic. 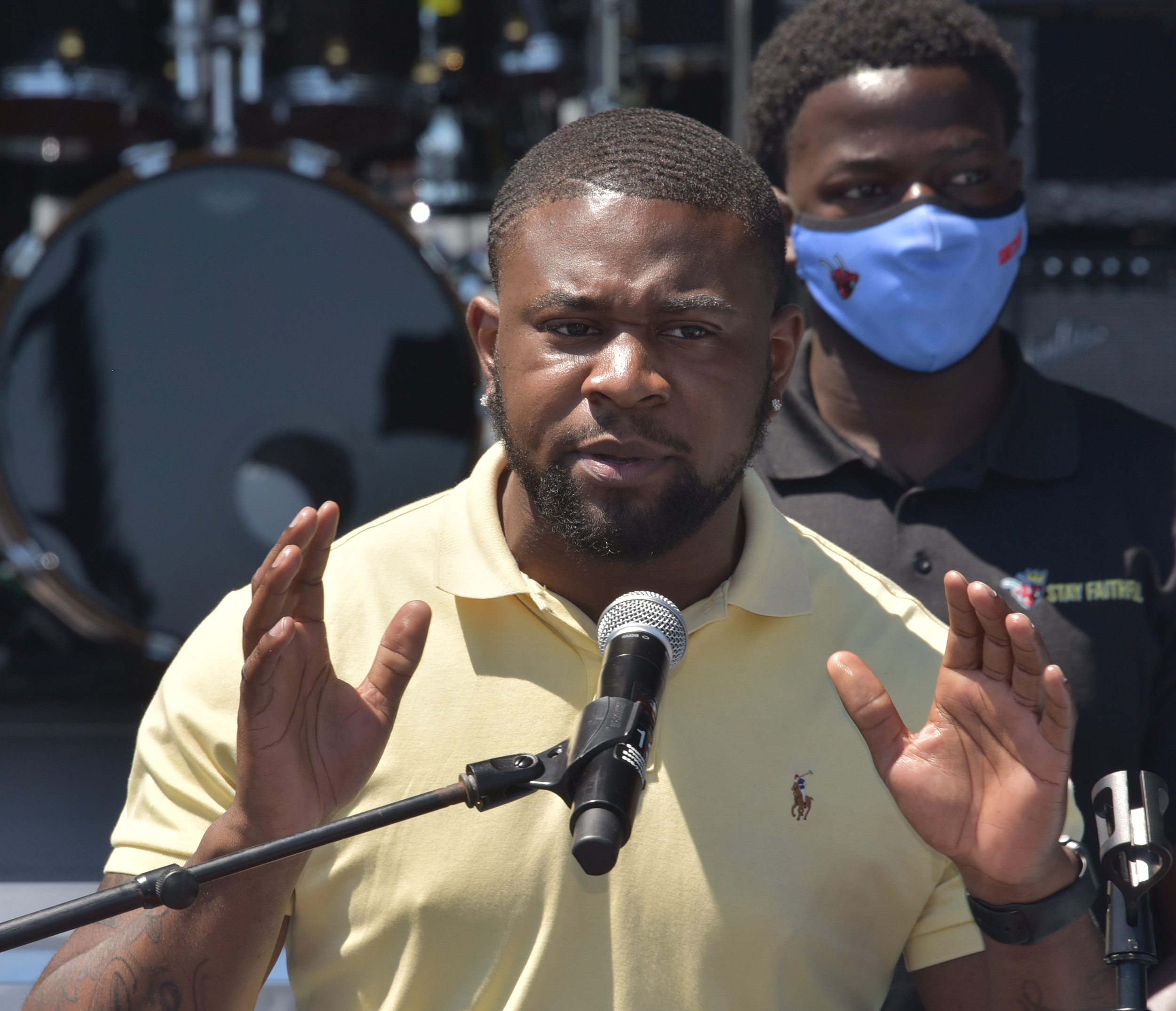 “I just say praise God. Thank God that we are here, we have made it by His mercy through the last year,” Dr. Williams said. “It has been a phenomenal year.”

University President Tony Allen asked the gathering to be mindful of three numbers – 3, 3, and 7 (the institution began with three buildings, three instructors and seven students) – as well as the well-known New Testament scripture “Faith is the substance of things hoped for, the evidence of things not seen.”

While noting the trials Del State has had throughout its history, Dr. Allen said the COVID-19 challenges over the last year showed the institution that Delaware State University has become:

Dr. Allen also noted the impact and contributions of past Del State presidents Dr. Jerome Holland, Dr. Luna Mishoe, Dr. William B. DeLauder and Dr. Harry L. Williams in the development of Del State into the institution of excellence it is today. “What began with three instructors, three buildings and seven students, that college is now a $140 million (University) organization, with a $28 million research portfolio, a $40 million endowment, and more than 25,000 alumni.”

U.S. Sen. Tom Carper, who as the Delaware governor in 1993 signed into law the name change that established Del State’s University status, noted that he started his career in politics working in an economic development office set up in the ETV Building.

State Rep. Stephanie Bolden, who is also a Class of 1969 alumna, reflected on the importance of Del State during the years of segregation.

“For the many Del State graduates this 130 years has provided the black community with higher educational opportunities that we were not allowed to receive from traditional colleges and universities,” Rep. Bolden said. “It also fostered an important space for the fight for civil rights, equality and black liberation.”

University Trustee Lois Hobbs noted the University’s Early College High School – the only such school on a college campus in Delaware – is adding greatly to Del State’s legacy.

“I believe with the Early College High School we are raising Hornets who leave the high school nest – or hive – with college credits and a can-do attitude,” Trustee Hobbs said. “They rise to DSU where they learn to build their own nest with education, values and optimism.”

The gathering also heard from the perspective of student leaders.

“The way this campus has grown over the last three years alone makes me smile,” said Devonte Brown, a rising senior from Queens, N.Y., and the vice president of the 2021-2022 SGA. “It makes me think about what progress this University will make in the next 130 years to come.”

Semaj Hazzard, a rising senior from Philadelphia and the president of the 2021-2022 SGA, noted Del State’s “legacy of greatness” throughout its history. 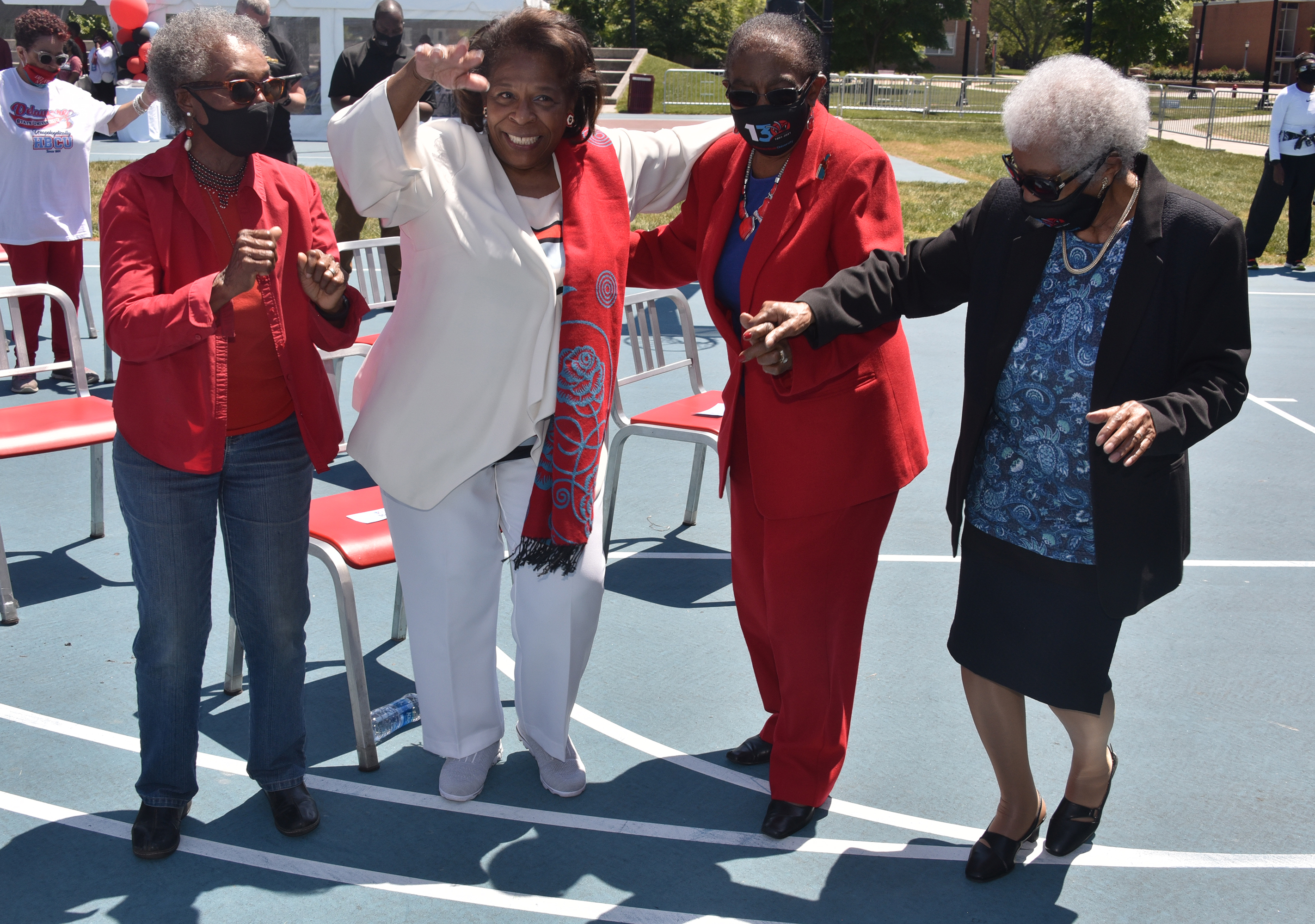 Board of Trustees Vice Chair John Ridgeway, who is also the Chairman of the 130th Anniversary Committee, recalled some of the words of his DSC professors, and then put his own poetic spin to express his Delaware State University Experience:

“Something beautiful, Something Good

All of my confusion, Delaware State understood

My professors took all my shortcomings and strife

And made something beautiful out of my life.”

The celebration also featured the music of nationally known recording artist Avery Sunshine, as well as from the soulful sounds of Urban Guerilla Orchestra from Philadelphia.