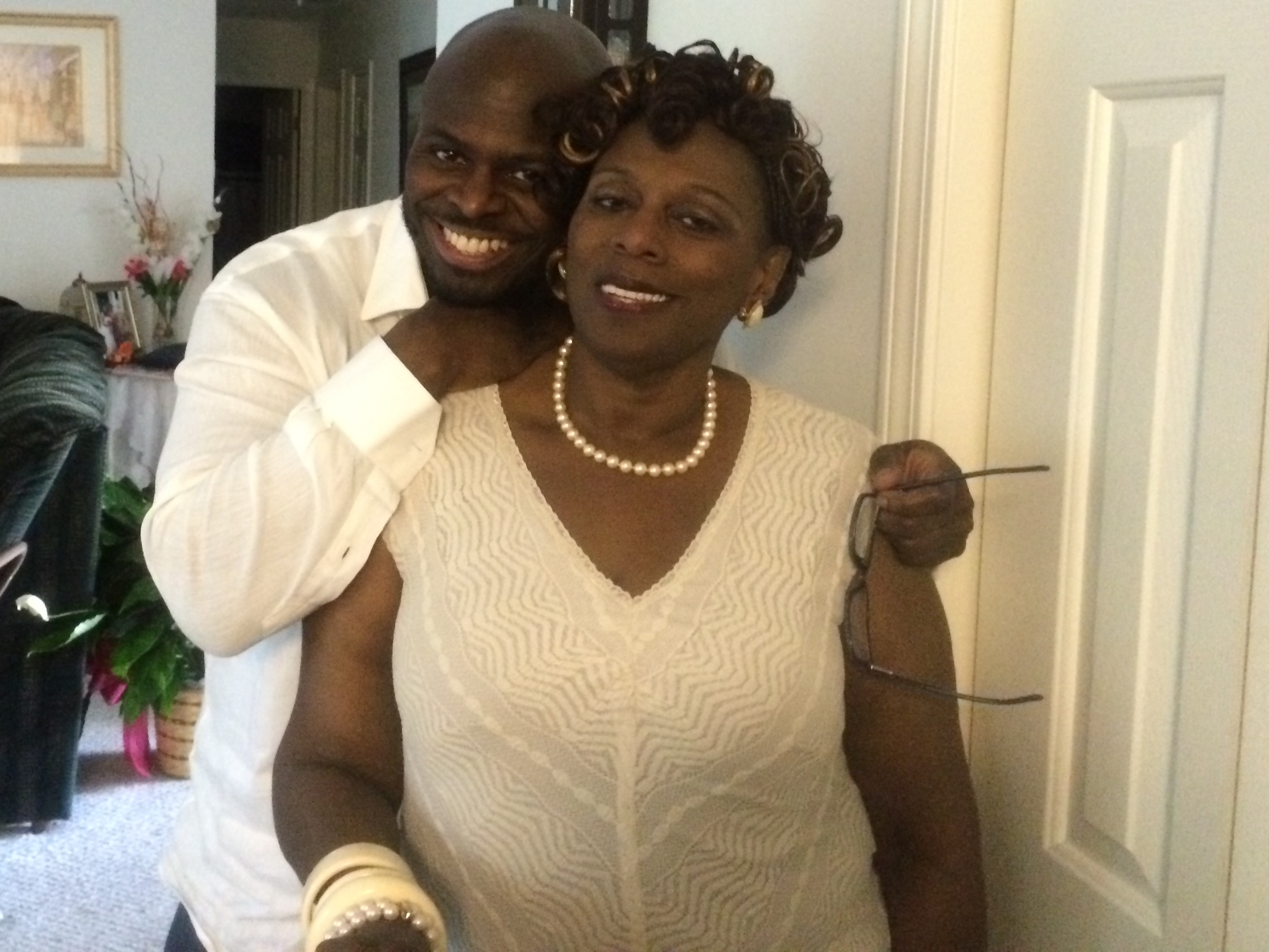 My mother, R. Leatha Allen, used to say, “Words are a creative force. Use them wisely.” If you ever called and reached her old-school voice message, you would hear that precise greeting followed by, “We are not available at this time, but if you leave your name, number, and brief message, we will return the call as soon as possible.”

“Words are a creative force.  Use them wisely.”

Leatha was a teenage mother banished from her public school in Jacksonville, Florida, and forced to relocate to have her son in a school designated specifically for “girls like her” in Newark, New Jersey.  She described the entire experience as “embarrassing” and “painful,” until she reconciled herself to one clear and compelling objective: raise her little boy — her only child — to be and do all the things she never thought she could be or do.

She had a job to do, and so she did it. She was not much for fanfare or fancy things, always working a steady job, to which she would add another job when the situation required. She understood the importance of place and at 20 years old, purchased her first home for herself and her son. She later fell in love with the man who gave them his last name but soon found that this relationship was not all she’d thought it would be. Ultimately, though, it was that relationship that moved the small family to Delaware to start life anew.

It was 1973; Leatha was then just 22 and I, her son, was 3 years old. My mother took me everywhere she went. I was attached to her hip, our souls aligned. As young mothers and their sons often do, we grew up together.

When my mother gave her life to Christ in 1978, something inside her changed. She grew more confident and self-assured; she expected more from herself and kept moving— constantly moving. We spent our Sundays in the church from sunup to sundown. She was a Sunday School teacher, an Usher, and, ultimately, a Trustee. She would hang tough with my readily adopted Aunt Vivian. She learned from Mother Lacy and Mother Malone and would cut up with Brother Mark and Sister Sallie. Her church family was just that — family — and she was the loudest talker, the biggest laugher, and a learned pupil.

She ultimately moved on from that church home and found herself in similar settings where she became Mother Allen. In some small quaint church, Leatha always found herself at home and among family, but as the years progressed, her matriarchal prowess reached beyond church walls. Her family — sisters and brothers alike — looked at her as a small miracle and sought her counsel constantly. I can hear Aunt Betty joking, Aunt Stella fussing, Uncle Vernon trying to edge in a word, Aunt Val quietly observing, and Leatha trying to get some order to it all.

She used her powers with my friends, too. Back in college, my fraternity would routinely celebrate our founders’ weeks with one day that was specifically a “Tribute to the Black Woman.” Leatha was regularly the featured speaker. After a few passages from the Bible and a word of deep inspiration from her own experience, Leatha answered questions posed by audience members. Young women leaned forward in their seats and waited patiently to ask my mother their questions until the night was through.

You could count on something like this: “Ms. Leatha, I am having such a tough time getting the respect I deserve from this guy who says he cares about me.”

Her retort: “Sweetheart, leave him.”

Even my own girlfriend had a conversation with me that night.

Such was my mother’s influence on everyone she met. “Use words wisely,” she said, and so she did. People felt the wisdom in her words and lined up to receive it. Perhaps she was not always so measured in her advice; you never quite knew what was going to come out of my mother’s mouth in a moment of high tension, but you could be assured that she’d say it straight with no chaser and usually a prayer at the end.

All of a sudden, it was the 21st century and Leatha was living her life “unapologetically” and “strong.”  When she took inventory of her life, the roots she’d planted had leafed and grown. She had four grandchildren and her son had the life she had prayed he would have. Leatha had a host of family and friends, all of whom were directly touched by her uncompromising spirit: Frankie and Sharon, Lisa and Janie, Carol and T, and sons and daughters as far as she could see, including Margaret and Bern, David and Charles, Scotty and Vic, Darrin and Tim, Freddy and Q.  And in the twilight of her years, the first and most enduring love of my life, my mother, led me to my last, Tara.

“Words are a creative force.  Use them wisely.  We are not available at this time…”

The “we” in that sentence echoes loudly in my ears today. My mother, Leatha Allen, is gone now and my heart is broken. I sit in her home, the last one she made for herself and for all those who loved her and who counted her as their “mother.” I cannot think of a more difficult time in one’s life than to lose a parent, but I am confident in two things. First, anything I have ever done well or with care and love is a direct result of her wisdom and guidance. Second, when I fell, she was the one to pick me up, dust me off, chide me accordingly, and demand better.

In her memory, Tara and I are starting the “Words Are A Creative Force” Endowed Scholarship Fund at Delaware State University. Annually, the fund will award a scholarship to a young mother, a graduating high school senior with a child, who wants to pursue her education at the University and build a life for herself and her child. We will have a place for these ladies at Delaware State University. The only words we want those young women to hear are, “Yes!” and “Amen!”

Leatha Allen was a creative force — one who wielded words as well as love.  Mom, I know “you are not available at this time,” and while I am heartbroken, I am forever grateful.  Rest well, my love.

R. Leatha Allen was the mother of Tony Allen, President of Delaware State University, and a remarkable woman indeed.

In lieu of flowers, consider a contribution to the Words Are A Creative Force Endowed Scholarship Fund. Contributions can be made here.