Delaware State University Aviation graduates will have a direct path to becoming a pilot with a major airline through a new affiliated partnership between the institution and United Airlines.

The University and United celebrated the new partnership during an April 15 media event at the Delaware Airpark, home to the University’s aviation program.  The event was also attended by nine Alumni who are now United Airlines pilots.

To view images of the event, click on the below link:

The partnership reflects United Airlines’ renewed commitment to diversity, equity, and inclusion. Through their Aviate Academy – the only aviation school operated by a major airline in the U.S. – United plans to train 5,000 new pilots by 2030 – with the goal that at least 50% of them will be women or people of color.

Aviate is also working to establish relationships with Historically Black Colleges and Universities as another source of underrepresented pilots. Delaware State University was selected as their first partner. 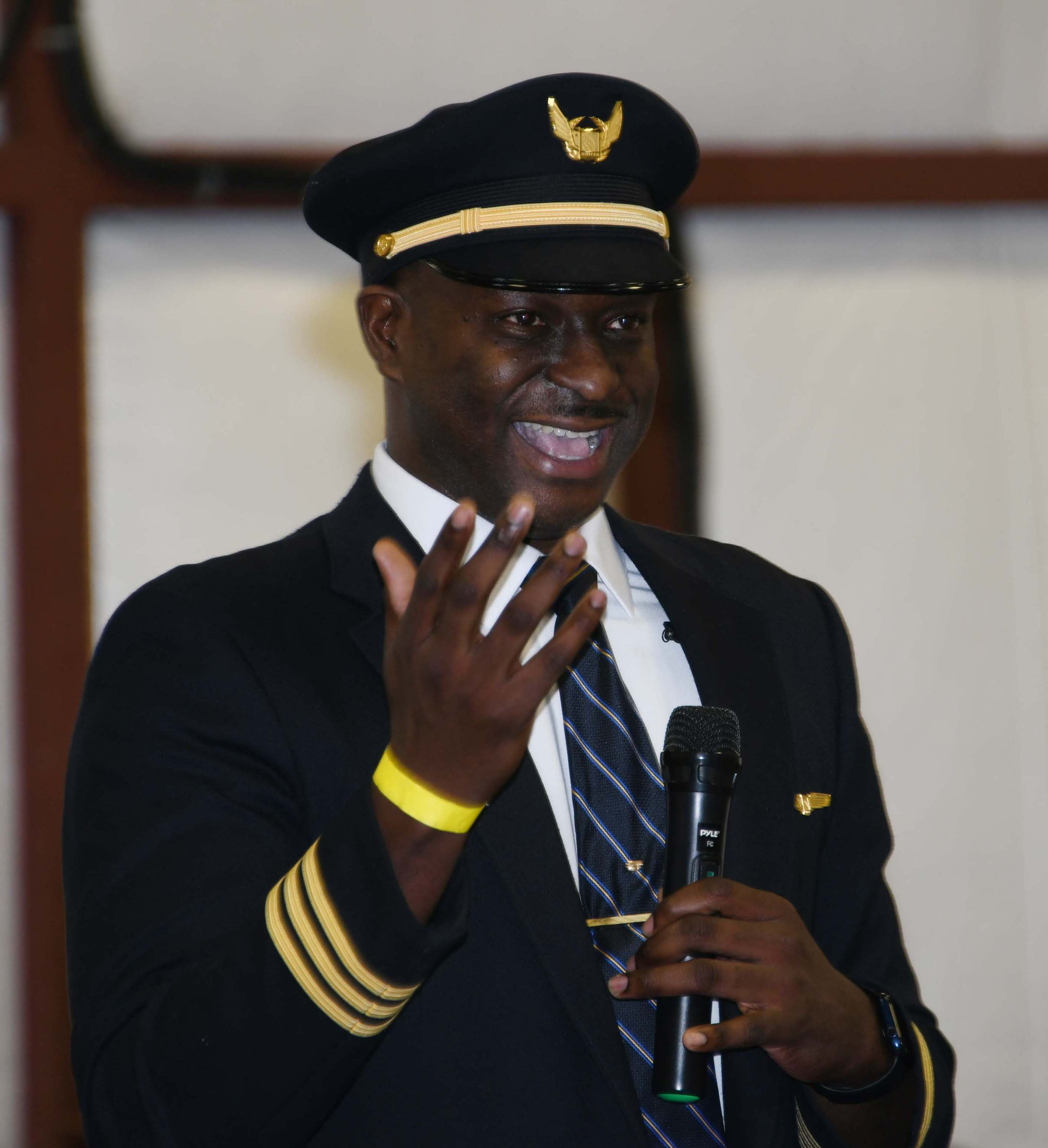 “We have a tremendous opportunity to build our commitment to diversity, equity, and inclusion in 2021 and beyond,” said Brett Hart, President of United Airlines. “Inspired by the Aviate motto “Love to fly, born to lead,’ we look forward to working side by side with our partners at Delaware State University, and we welcome the next generation of aviators to the flight deck.”

“When it comes to Diversity, Equity, and Inclusion, you cannot hope for better. You have to do better,” said Dr. Allen. “That starts with leadership and partnership.  As the No. 1 provider of pilots of color in the country, we’re proud of United’s leadership and excited about the partnership.

Mary Ann Schaffer, who is over all United Airlines aviators in her capacity as the Systems Chief Pilot, recounted her not-so-direct career path, and noted how the Aviate Program will give Del State Aviation students a more direct path to become United Airlines pilots.

“Aviate provides that path for (DSU students) to follow; you’ll know what that next step is going to be,” Chief Schaffer said. “That is what this partnership between Aviate and Delaware State University will provide for you, so you can see that future.”

Most graduates of the University’s Aviation Program work as flight instructors to build up their total flight hours, fly for smaller regional airlines, and then later seek employment with a major airline. For many graduates, the partnership between United Airlines and the University will streamline that career path.

“It’s a huge incentive for future students to choose Delaware State University and its Aviation Program as their choice for an education,” said Lt. Col. Michael Hales, director of the University’s Aviation Program. “Before this, we could only say that our graduates will step into a career as a Professional Pilot at some airline. Now we can say that our graduates’ career is most likely to be with United Airlines.”

The day did not end with the morning program. After the United pilots, Aviation students, University officials, and guests had lunch on the main campus in the Bank of America Building, Chief Schaffer met with the female aviation students to share her career experiences and perspective on how to succeed as a professional pilot. 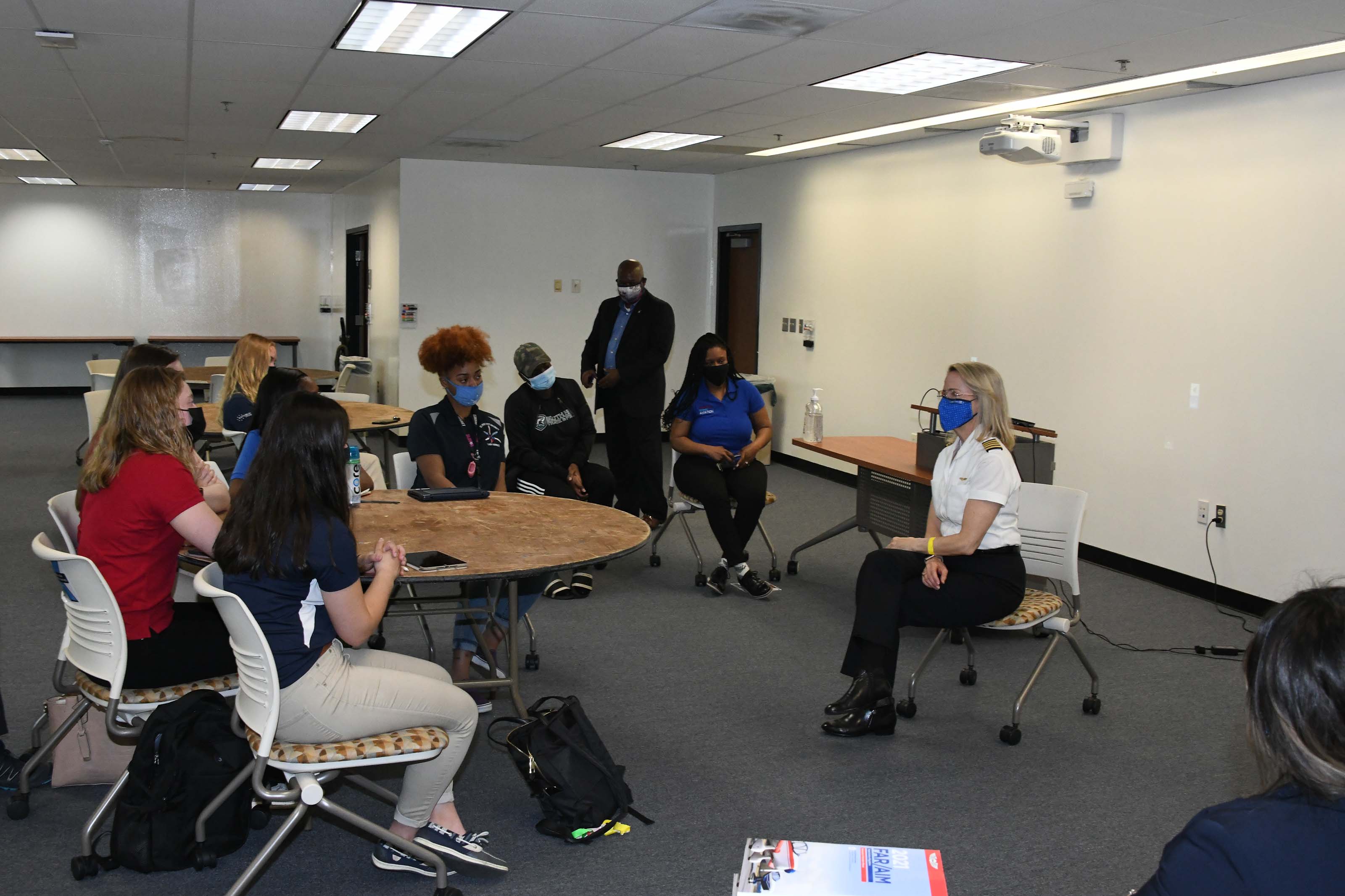 Later that afternoon, the group of DSU alumni pilots met with all of the Aviation students, also giving them the benefit of their experience. 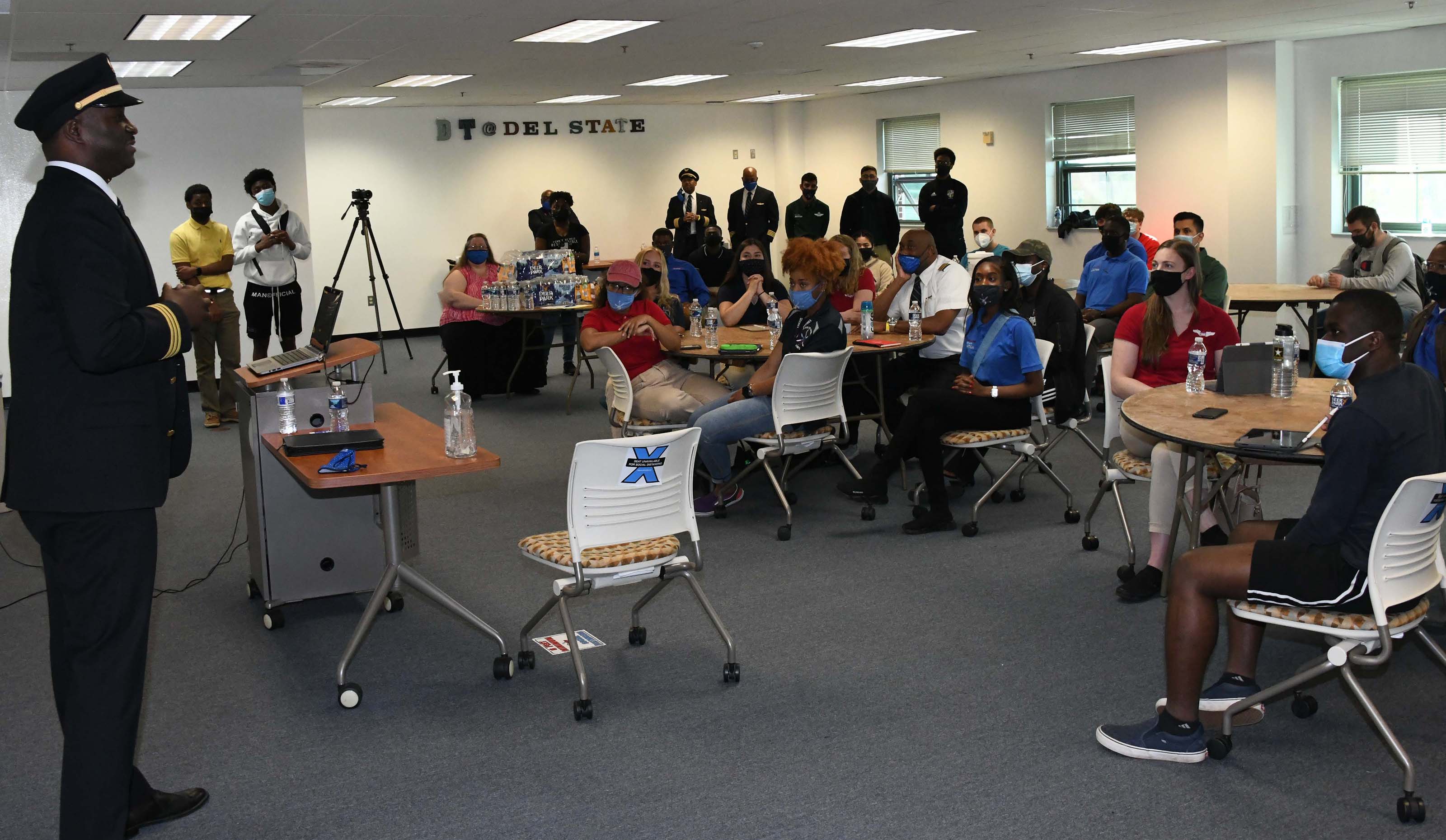 Delaware State University established its Aviation Program in 1987. There are currently 127 students enrolled in the Aviation degree program, focusing on either the Professional Pilot or Aviation Management concentrations. The program has a fleet of 22 planes and a team of 15 instructors that are based at the Delaware Airpark in Cheswold, Del., about 10 minutes from the University’s main campus.