Home > News > DSU History Series: The First Few Years and the Board of Trustees
On Campus

The Delaware State University History Series: The First Few Years and the Board of Trustees

The Board of Trustees of Delaware State University would find it interesting to know what their governance job would entail if they were part of the first such body that began in 1891 and developed from scratch the institution known then as the Delaware College for Colored Students.

Today’s Board focuses on effective governance, strategic direction, institutional sustainability, financial stewardship, and student success. The Trustees provide governance and oversight of the University working in collaboration with President Tony Allen who directs policies and practices of his leadership team, college deans and department chairs, full-time faculty and staff as well as adjuncts – more than 1,100 employees. The Board leadership includes a chair, two vice chairs, a treasurer, a secretary and committee chairs who work with liaisons from the Administrative Council. The University Secretary also services as the Board Secretary.

With the May 15, 1891 establishment by state law of the Delaware College for Colored Students, the appointment of a six-member Board of Trustees was the first order of business for then-Gov. Robert Reynolds.

The first six-member board began with a president and two professors and an instructor. There may have been a couple of part-time employees to maintain the property in that first year.

The all-white inaugural Board members had to carry out of the roles of secretary and directors of finance, human resources, buildings and grounds, while leaving the direct supervision of faculty and students to the president. 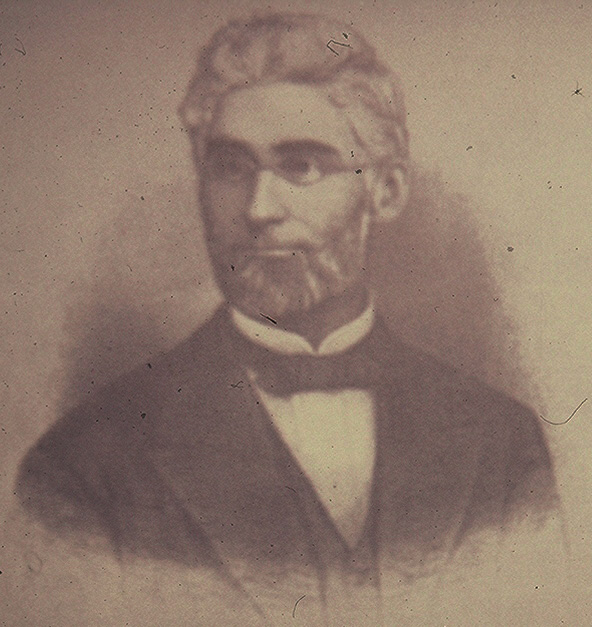 Gov. Reynolds selected two Board members from each county to oversee Delaware’s first truly state institution of higher education (Delaware College – now the University of Delaware – then a private school of Presbyterian Church origins, was not yet embraced by the state).

The inaugural Board members appointed by Gov. Reynolds were:

Mr. Ross attended only one Board meeting and in 1893 was replaced by Dr. David L. Mustard, a Lewes physician.

The first Board action during its first meeting on June 23, 1891 was the election of Lore, Conrad and Ridgely as president, secretary and treasurer, respectively. It also established that all bills must be sanctioned by the Board before payments are made.

The Board Secretary was directed to advertise the College’s search for a suitable site for the institution. During the next meeting in July, Mr. Conrad reported that the Board received 58 proposals. It was also reported that the Board had received three applicants for the inaugural president position at the College – which included Wesley Webb, who was hired on Aug. 7 along with the first instructors, Manley M. Beamer and Samuel L. Conwell. 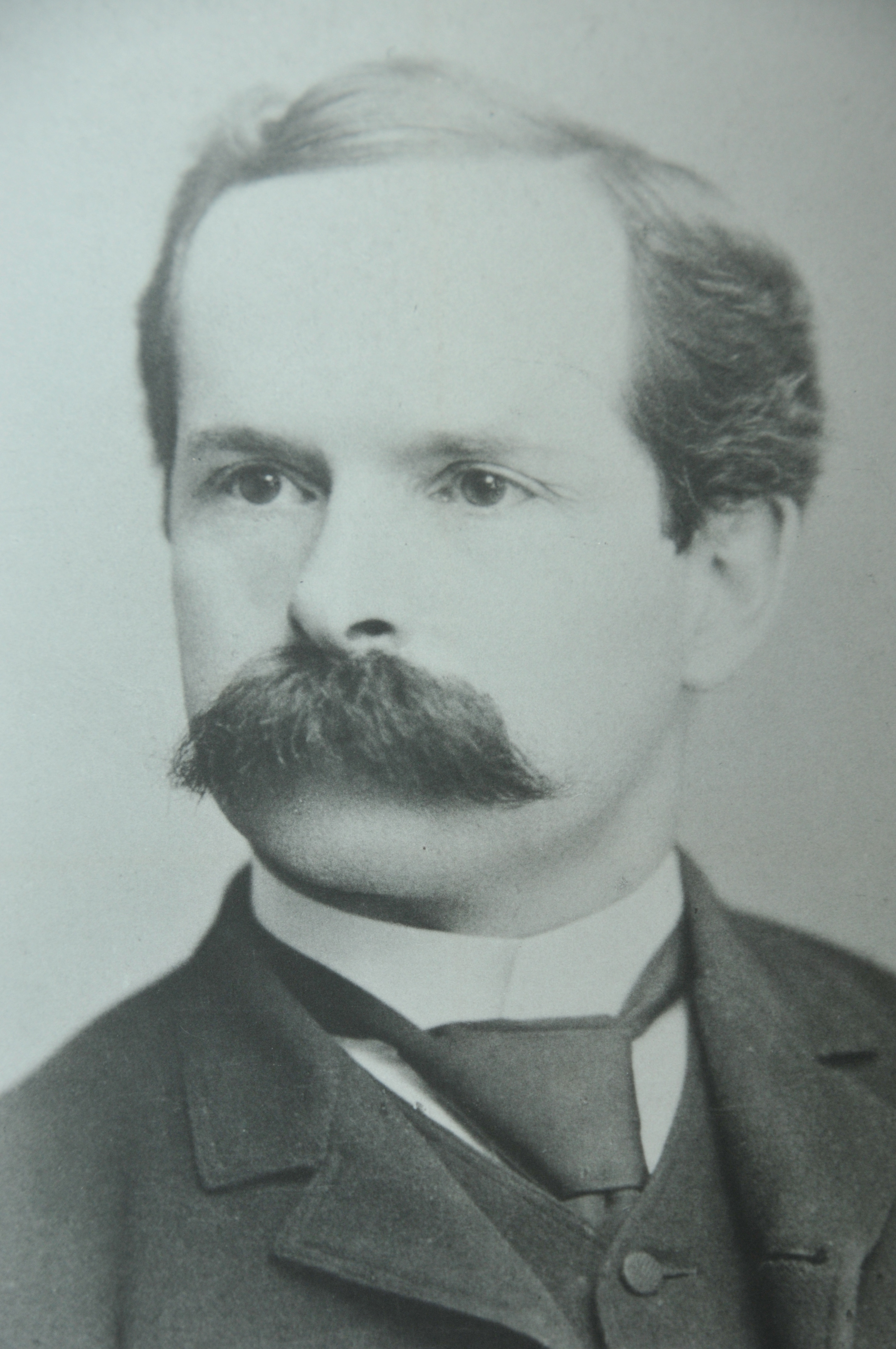 President Webb’s annual salary was set at $1,000 and the salaries of the two instructors were $500 per year. Mr. Webb – formerly an agriculture professor at the upstate Delaware College –  would be the only white president in the history of Delaware State University.

Interestingly, the Board decide in that first year to adopt the name “State College for Colored Students.” This was 1½ years before the state General Assembly passed legislation in January 1893 to officially change the name of the institution to the abovementioned, to eliminate any perception that there was any connection between Delaware College (now University of Delaware) in Newark, and the Negro College in Central Delaware.

The search for a campus home took place 17 years before the mass production of automobiles took place in the country. That meant the Board members had to travel to offered sites in Milford, Houston and Wyoming in the heat of the 1891 summer in a horse-and-buggy. For comfort, such as it was, hopefully they had at least two horse-and-buggies to make the trips.

After failing to find an appropriate site in the Milford area, and after unsuccessful attempts to purchase a property in the town of Wyoming and then another one in the area of the town of Houston, the Board settled on a 95¼-acre farm property just north of Dover, and on Aug. 24 purchased the property for $4,400.

The Board established a Committee on Curriculum, which included Trustee Marshall and President Webb. However, while that committee dealt with the development of the College’s courses of study, the early overriding work of Board involved hiring an architect and contractors to convert the farm property into a college site. This included renovating the mansion house (which came with the property acquisition) to transform it into the Main College Building – later preserved as Loockerman Hall – as well the construction of a home for the president, a trades building and a greenhouse.

With the mid-summer 1891 hiring of President Webb, he was immediately engage in the work of preparing the College and its campus for the opening of classes, which would take place on Feb. 2, 1892.

The Board members had a litany of responsibility that fell far below the lofty work of governance. With a president on board, there were some things that were delegated to him, but there was still many details that the Trustees had to handle themselves, such as:

During the early years for the Board members, President Webb and the few people employed, it was clearly an “all hands on deck” ongoing scenario. Even the president’s wife Mary A. Webb had to roll up her sleeves and oversee the culinary work on campus.

A look at the fledging College’s finances makes it clear that the Board was not in the position to hire any additional full-time employees beyond the president and the three faculty members. While the Board minutes are the only records containing any revenue/expenditure information known to have survived, it is clear from those limited records that the College was in trouble before its second year of existence was complete.

The College would not receive any additional state appropriations until 1897. 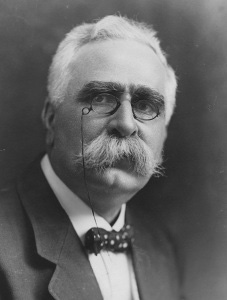 While the Board minutes appear to account for the revenue received by the College from fees to the students, the expenditures side is not completely revealed. Nevertheless, by January 1893, the state of affairs is evident by the Board’s petition to the state in early 1893 for additional funding to help the College make it through the year. The state responded by appropriating $500 in May 1893 and $500 in the subsequent July.

Mr. Ridgley, the originally elected treasurer, resigned from that office on Jan. 17, 1893 and then didn’t attend another meeting as a Board member for more than a year. After attending 1894 Board meetings on April 17 and June 22, sometime thereafter he tendered his resignation. Wilson T. Cavender of Smyrna was appointed in the spring of 1895 to replace Mr. Ridgley.

The Board immediately elected Mr. Conrad as its new treasurer in early 1893. While financial challenges would continue for the young College, Mr. Conrad at least brought greater stability in the accounting of the institution’s finances.

One decision by the Board that limited the amount of College-generated revenue was its policy that tuition only be charged to out-of-state students. Out of 22 students listed for the 1892-1893 school year, only two were non-Delawareans. That policy would remain in place until the mid-1900s.

The Board initially established the following student fees structure: $10 tuition to out-of-state student; for all students a matriculation fee of $2 upon the initial enrollment; students living on campus were charged a $2 per week fee for board and 50 cents a week for the cost of heating and electricity; and commuting students were charged 25 cents per week. Textbooks were provided free of charge. The school year during the Webb administration era was divided into three terms, totaling about 35 weeks.

The appointment of Mr. Conrad as treasurer yielded for the first time an annual projection in the minutes of the upcoming revenue and expenses for each subsequent school year. The Board approved Mr. Conrad’s motion in 1894 to dispense with one faculty position, no doubt due to a better understanding of a feasible budget for the College. From that point on, it became a standard practice that each meeting minutes contained the revenue and expenses figures.

According to Board minutes, the College collected just under $640 in student fees during the 1892-1893 school year.

The financial constraints also forced to Board in June 1894 to decrease the annual salary of President Webb by $100 and the salaries of the two faculty members, Mr. Conwell and Lorenzo Hileland, by $60 and $80, respectively.

The College’s improved accounting practices and budget discipline led to modest surpluses at the end of fiscal 1894 and 1895 ($445 and $473, respectively).

President Webb had submitted his resignation as president by the end of the 1894-1895 school; no documented reason for his departure has survived. The July 5 Board meeting was the last he attended, at which time the two candidates for the president’s position – Solomon P. Hood and the Rev. William C. Jason – appeared before the Trustees to each make a case for their hire.

On July 11, 1895, the Board unanimously selected Rev. Jason as the second president in the four-year history of the College.