University ushers in the school year with annual Convocation

Delaware State University President Tony Allen presided over the Convocation, which serves to encourage and inspire. “This institution was created just for you,” Dr. Allen told the crowd, made up of many members of the Class of 2026. “The trick is to be open to the possibilities.” 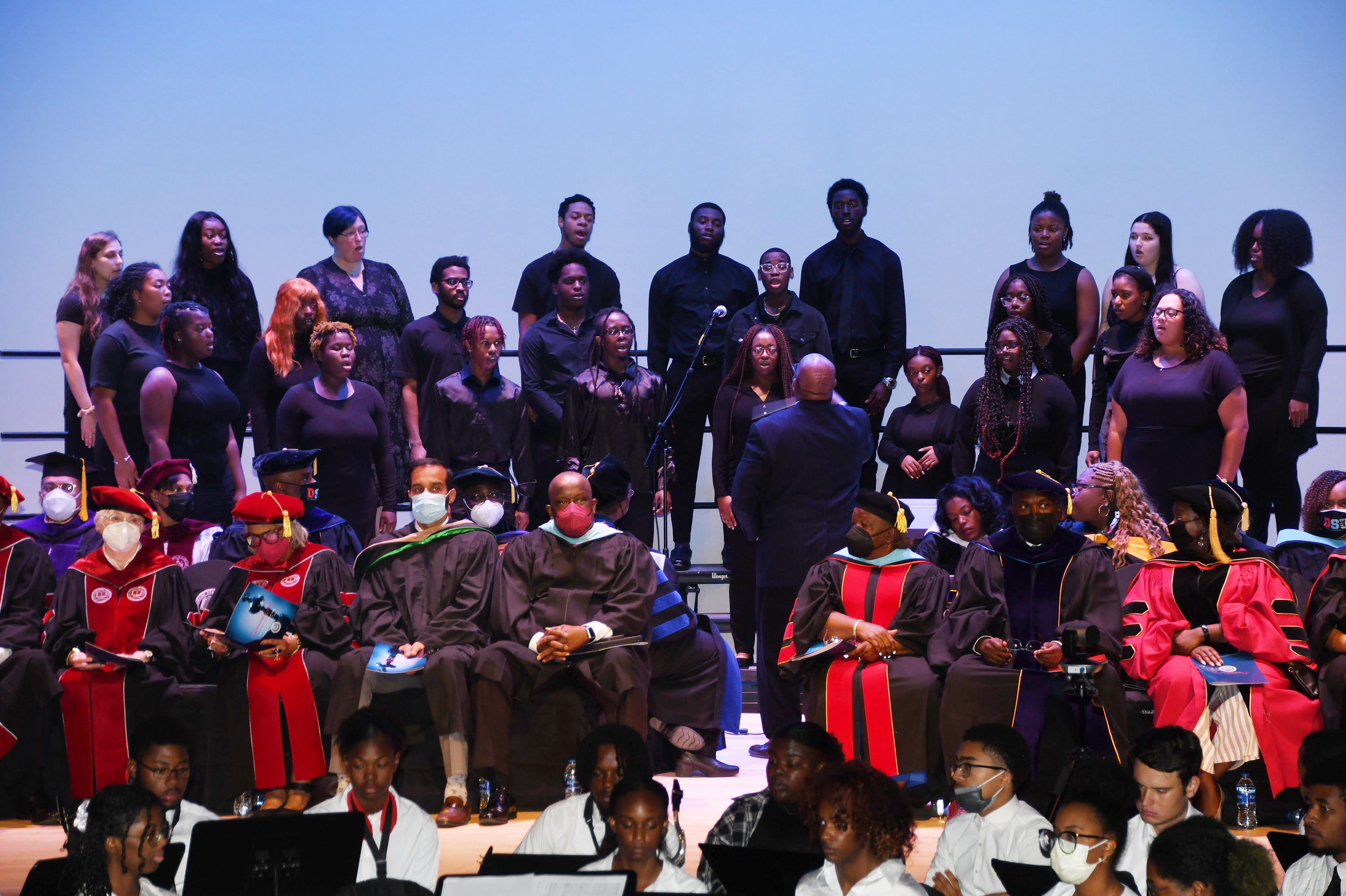 The theatre was filled to capacity, and the stage was occupied by executive administrators, Board of Trustees members, deans and others, who were welcomed and introduced by Dr. Saundra DeLauder, Provost and Chief Academic Officer.

Keynote Speaker was Mr. John Ridgeway, Class of 1975, Vice Chair of the Board of Trustees and a retired executive in Toyota Financial Services.

Four generations of his family have attended Delaware State, and consist of senior executives in Fortune 50 companies, he said.  “Learn to love Delaware State University like I did,” he advised. “Learn the alma mater and sing it with pride.” 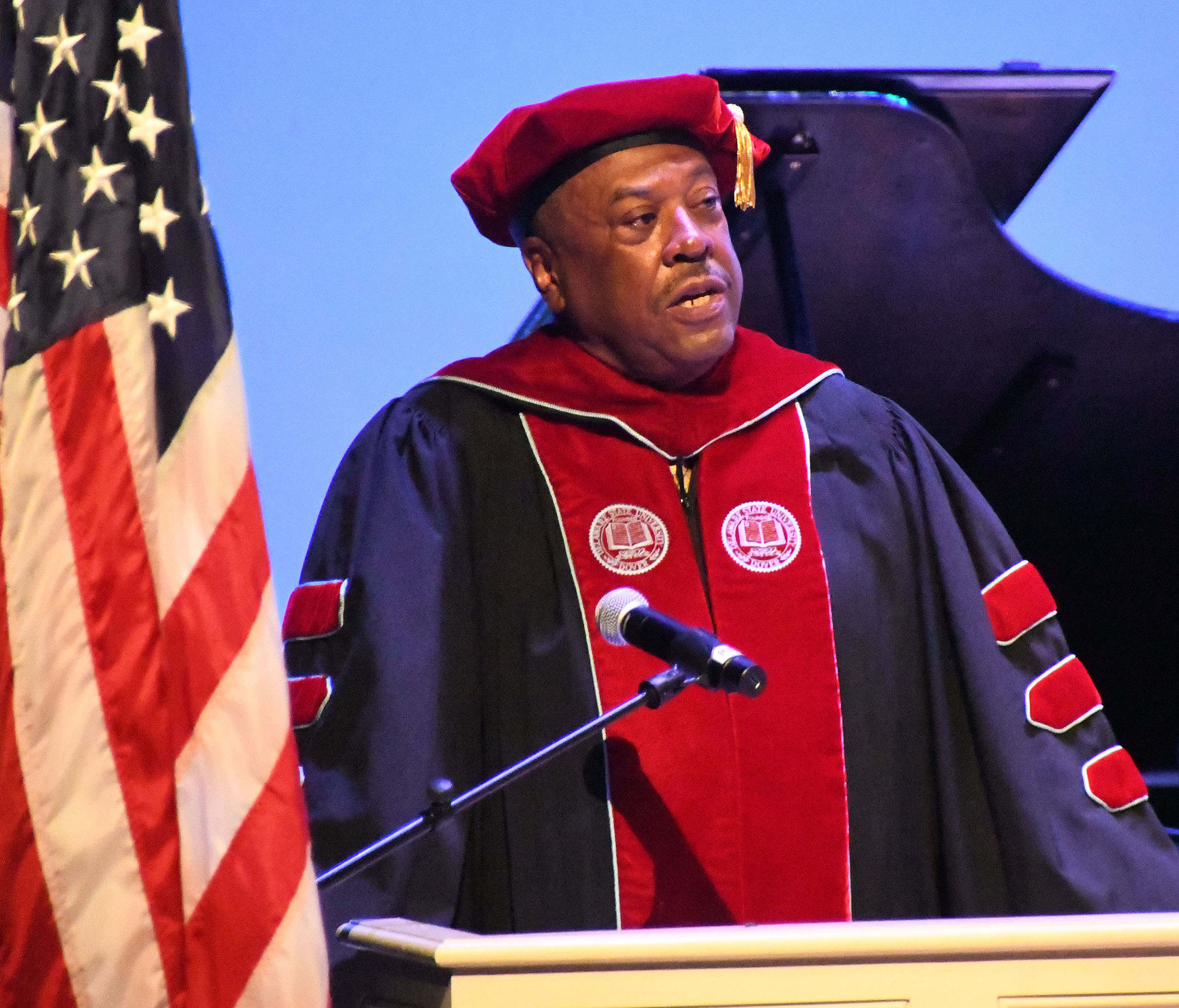 The close of ceremonies was punctuated by a Recessional, led by the Delaware State University Approaching Storm Marching Band, which also performed the National Anthem during the program.