Home > News > Capital One Bldg. in Wilmington donated to Del State
On Campus

After nearly a decade operating in northern Delaware solely through its satellite site on Kirkwood Highway, Delaware State University is partnering with Capital One to return to the City of Wilmington and dramatically expand its offerings in the heart of the State’s only metropolitan core.

Capital One’s historic donation of its $4.7 million facility at the Wilmington Riverfront to the University will be paired with significant enhancements to its recruiting partnership with the school to create more opportunities for Delaware State students to pursue Capital One careers in fields including business analysis, tech and product development. 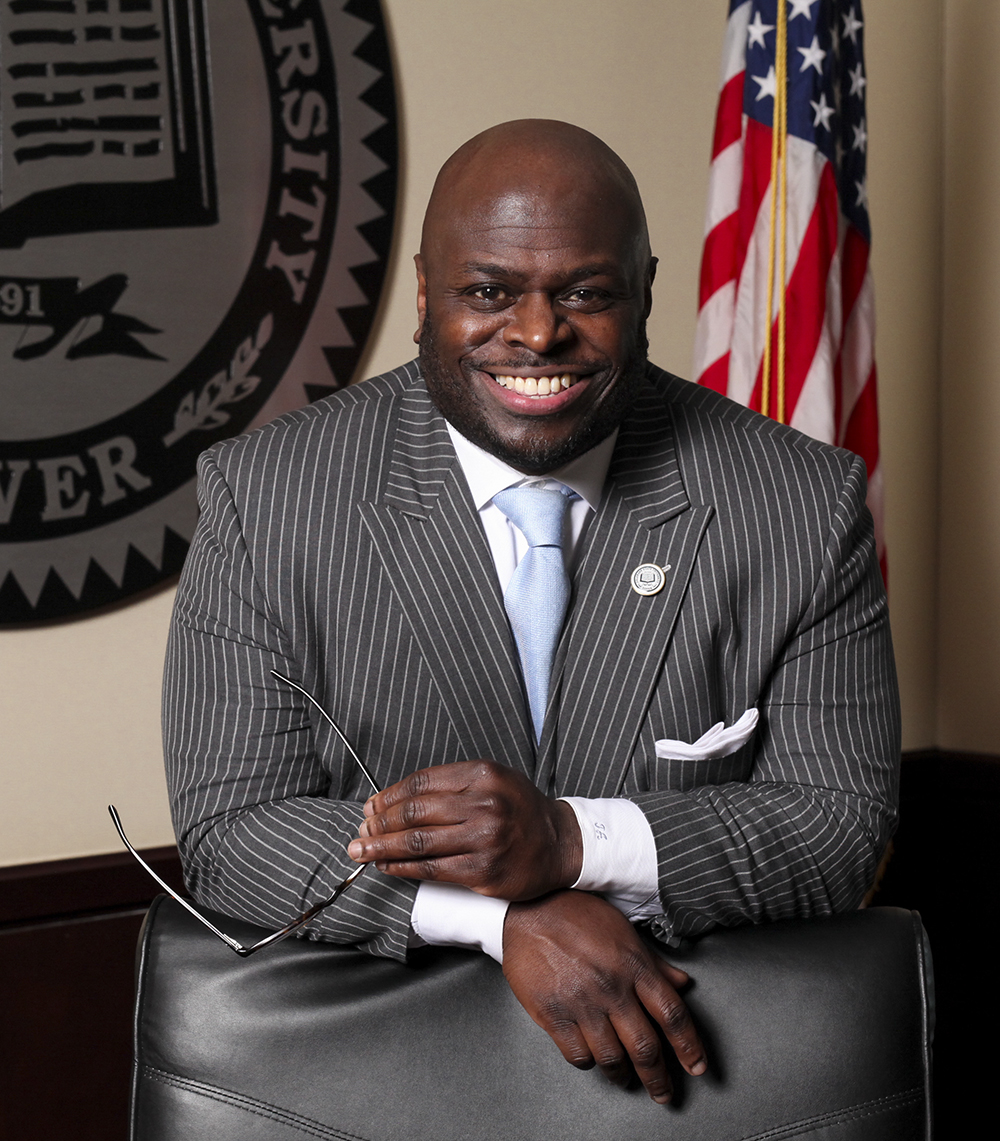 “This dramatically expanded footprint inside Wilmington and Capital One’s commitment to long-term engagement with the area’s young people is exactly what the University needs to bring our particular strengths to bear on the issues facing the city,” said President Tony Allen. “Together we will be able to reach the city’s youth more directly to create an innovative pipeline to college and career; offer both graduate courses and workforce development training in an accessible location; and better support our Center for Neighborhood Revitalization Research in addressing the structural and economic challenges facing Wilmington.”

“At Capital One, we know that HBCUs are engines of economic mobility,” said Joe Westcott, the bank’s Delaware Market President, “and we’re proud to be investing in Delaware State University’s proven ability to champion educational equity, academic excellence, and the creation of innovative career pathways for it students. This partnership invests in the talent and promise of those students and represents an important milestone in reaffirming Capital One’s longstanding commitment to Wilmington and the entire State of Delaware.”

The anchor for the new partnership is the bank’s donation of its One South Orange building to the University.  The property, built in 1885, renovated in 2001, was occupied by a portion of Delaware’s Capital One business until late 2018 before consolidating office space into downtown Wilmington.  The facility contains 35,000 square feet with six floors, an open floor plan, and custom meeting space.

“The partnership between Capital One and Delaware State University will help build on our world-class workforce and help make Delaware the best place to live, work, and raise a family,” said Governor John Carney. “Today’s announcement shows what we can do when we work together. Delaware State University is a pillar in our state, educating many Delawareans who end up becoming leaders across our economy. We look forward to seeing many more leaders in the future benefit from this partnership.”

The new space will initially headquarter the University’s School for Graduate, Adult, and Extended Studies; a new partnership with the Teen Warehouse and its workforce development center; and an incubation hub for micro and small businesses with a particular focus on minority and women-owned companies.

Capital One and Delaware State will also be deepening their recruiting relationship to expand opportunities for students to pursue careers within the company, emphasizing roles in the fields of business analysis, tech development, and product development. The bank will be assigning a dedicated recruiter to work with the University to increase Capital One hiring of its graduates. It will also seek to prime the early talent pipeline by extending access to Capital One up-skill programs for Freshman and Sophomores, such as First Gen Focus (for first-generation college students) and the HBCU Tech Mini-Mester, a two-week coding skills program to prepare students for STEM-focused internships

Delaware’s congressional delegation expressed unanimous excitement about the donation and expanded partnership. “I am so proud of Delaware State University for growing to become the first-class research HBCU and economic driver for the region that it is today,” said U.S. Senator Tom Carper. “Now, DSU will breathe new life into downtown Wilmington when it moves into the Capital One building. I commend Capital One and DSU for seizing this opportunity to reach more students in our state. This is a win-win for Delaware! Hornets rising!” 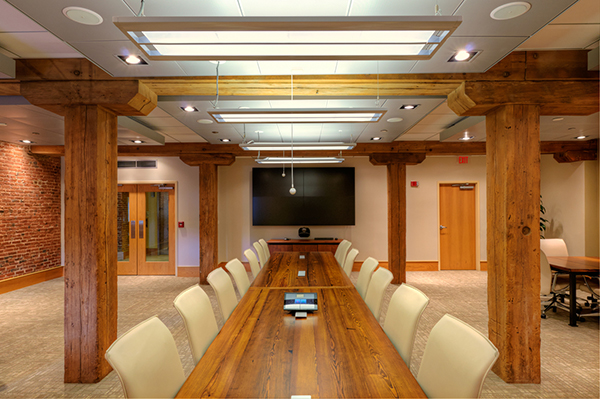 Westcott emphasized that the partnership marked an important milestone in Capital One’s HBCU recruitment and advocacy strategy and larger commitment to advancing racial equity through the Capital One Impact Initiative, a $200 M, five-year commitment launched in 2020 to support growth in underserved communities and advance socioeconomic mobility by closing gaps in equity and opportunity. Capital One also provides a $1 M Champions for Change grant to the Thurgood Marshall College Fund and the United Negro College Fund to help strengthen HBCUs.

Both Capital One and Delaware State University are strong advocates for the passage of the IGNITE HBCU Excellence Act, bipartisan legislation co-sponsored by Senator Chris Coons, making historic federal investments in HBCUs and strengthening public-private partnerships to enhance and grow these world-renowned institutions.

U. S. Senator Chris Coons said, “This generous donation from Capital One to Delaware State University will invest in the prosperity of students and elevate the stature of one of America’s premiere public HBCUs. Right now, I’m working hard in the Senate to pass the IGNITE HBCU Excellence Act, a landmark bipartisan bill that would repair and modernize HBCU campuses so that these institutions can continue to serve as gateways to success for thousands of students each year. As we work to deliver this transformational support for campus infrastructure, I’m thrilled to see Capital One and Delaware State partnering together to pave the way for future generations of Hornets to learn and grow along the Wilmington Riverfront.”

Sens. Coons and Carper were joined in their enthusiasm about the donation and expanded partnership by their fellow Delaware congressional delegation member, Congresswoman Lisa Blunt Rochester.

“Today’s announcement from Capital One and Delaware State University represents another exciting and innovative development for DSU under the leadership of Dr. Tony Allen. This donation is also a remarkable reflection of the generosity and commitment of Capital One to both Delaware’s only HBCU and our state’s largest city,” said Representative Blunt Rochester. “The return of DSU to the City of Wilmington will be a massive boost for economic development, help Delaware State with alumni relations within the city, and allow DSU to engage with students earlier, giving them access to an incredible talent pipeline from which to recruit. This donation will also allow Delaware State’s adult education efforts to reach the City of Wilmington, an issue I’m passionate about as the founder and co-chair of the Congressional Future of Work Caucus. This partnership, made possible by the generosity of Capital One and the creativity of Delaware State, will create a better and brighter future for the Hornets, for the City of Wilmington, and our entire state.”

The University will not abandon its Kirkwood Highway Facility. Last November, New Castle County Executive Matt Meyer awarded $5.5 million from the Federal CARES Act to help the University build its own Molecular Diagnostic Lab at the Kirkwood site, a former United States Army Reserve site awarded to the University in 2013.  Working with Testing for America and the County, in just six months, the University has lowered the cost for COVID-19 testing from $50 per test to just under $8. It will now expand the facility to test and analyze other infectious diseases.

Graduate School Dean Patrice Gilliam-Johnson noted that the University will also be using the opportunity to focus on completing necessary renovations to its Kirkwood Highway facility. ”Once we have completed the transition period,” she said, “the University will have a presence in northern Delaware that exceeds 100,000 square feet and is capable of having a major impact on the greater metropolitan area.”

“Welcome Home DSU and thank you Capital One!,” said Wilmington Mayor Mike Purzycki. “Wilmington will soon have an even better chance of helping its residents achieve prosperity because a core University partner will be part of the effort. And Capital One has again stepped up in a big way to help the people of Wilmington and this region. Through DSU’s and Capital One’s commitment to education and the community, Wilmington’s efforts to change lives forever has just become a lot more energized. DSU’s HBCU roots are important to Wilmington because many of our residents are Delaware State University graduates and have contributed significantly to our City’s success. So, the City where HBCU Week was born and nurtured couldn’t be happier about this announcement.”

Federal complaint to be filed in Lacrosse Bus incident in Georgia