Ms. Robb, a sports management major from Swedesboro, N.J., claimed the title by defeating Ana Olaya of North Carolina A&T University 186-166 in the May 8 championship match in Wyoming, Mich. Earlier that day, she defeated Isabel Allen of McKendree University 215-195 to reach the final.

The semi-finals and champions matches will be broadcast on the CBS Sports Network at 8 p.m. Tuesday, May 11. To watch the matches, click on https://www.cbssportsnetwork.com/tv-schedule/

Ms. Robb is the first Delaware State bowler to win the national singles title. In addition, she and DSU Head Coach Elysia Current are the only player and coach to win intercollegiate singles championships. Current captured the title while competing for Wichita State in 2007. 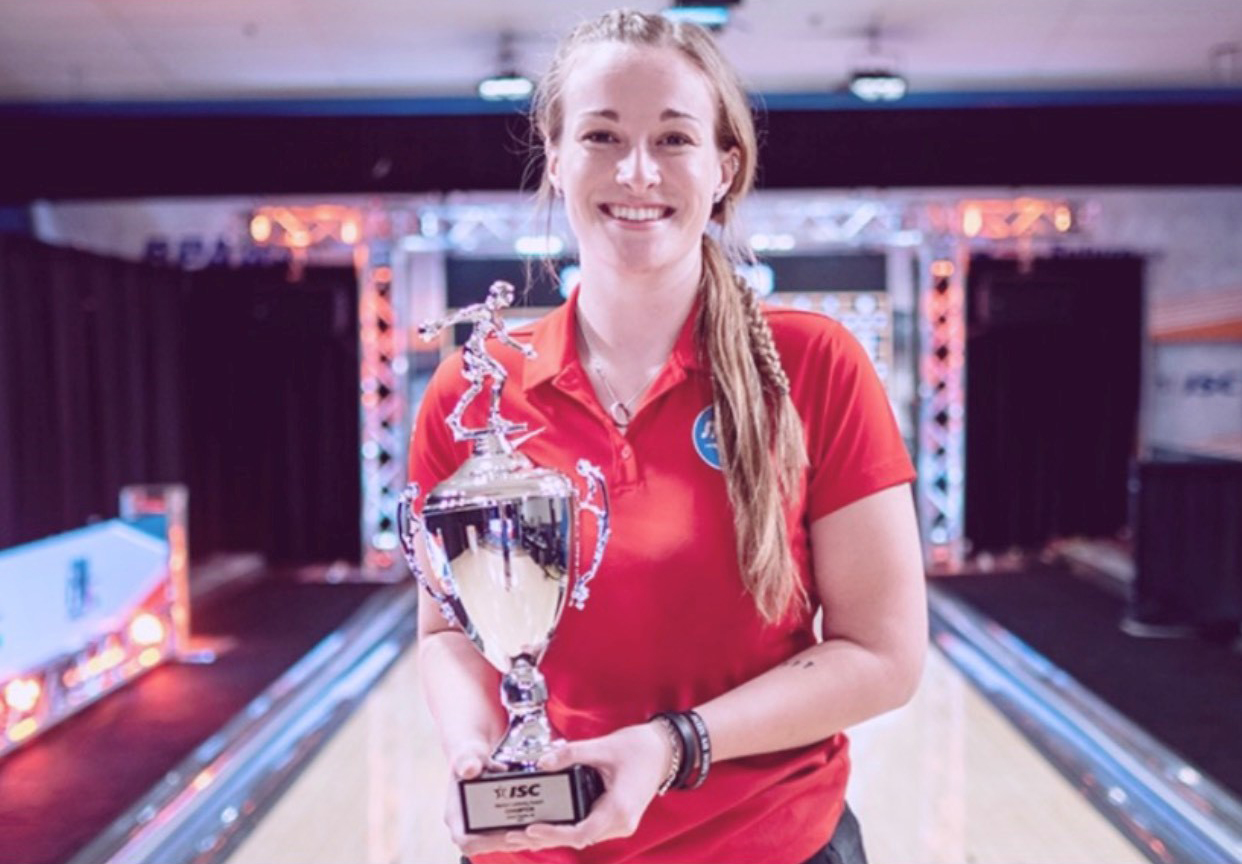 The national championship and semi-final matches will be televised via tape-delay on CBS Sports Network on May 11th at 8 p.m.

Ms. Robb said she was highly motivated by the fact that she had won the Dayton regionals that sent the Lady Hornets to the national tournament. “I won in the sectionals, and I wanted to prove that it wasn’t a fluke,” she said.

“Katie was remarkable throughout the tournament,” said Current, who led the Hornets to the NCAA and Intercollegiate Team national tournaments this year. “She made so many great shots, communicated well and took advantage of comeback opportunities.”

Although her prior bowling performance had landed her as the 1st seed in the championships, she knew that she was not seen as the best. “As I was playing, I heard one of the television announcer say that despite my 1st seed standing, I was still considered an underdog,” Ms. Robe said. She added that was especially the perception as she went into her semi-final match against Allen from McKendree University – widely consider an intercollegiate powerhouse in the country.

In the championship contest, Ms. Robb was behind 83-70 after five frames and trailed 102-90 after six. Although she was using the ball that had served her well in the semi-finals, she wasn’t getting the same results with in the championship match. It prompted her to make an unorthodox decision to change to another ball in the middle of the match. “Playing with fear is not the way to go, so I trusted my instincts,” she said.

The ball switch proved to be a game-changer. She pulled ahead for the first time in the seventh frame after back-to-back strikes in the seventh and eighth, and a spare in the ninth. 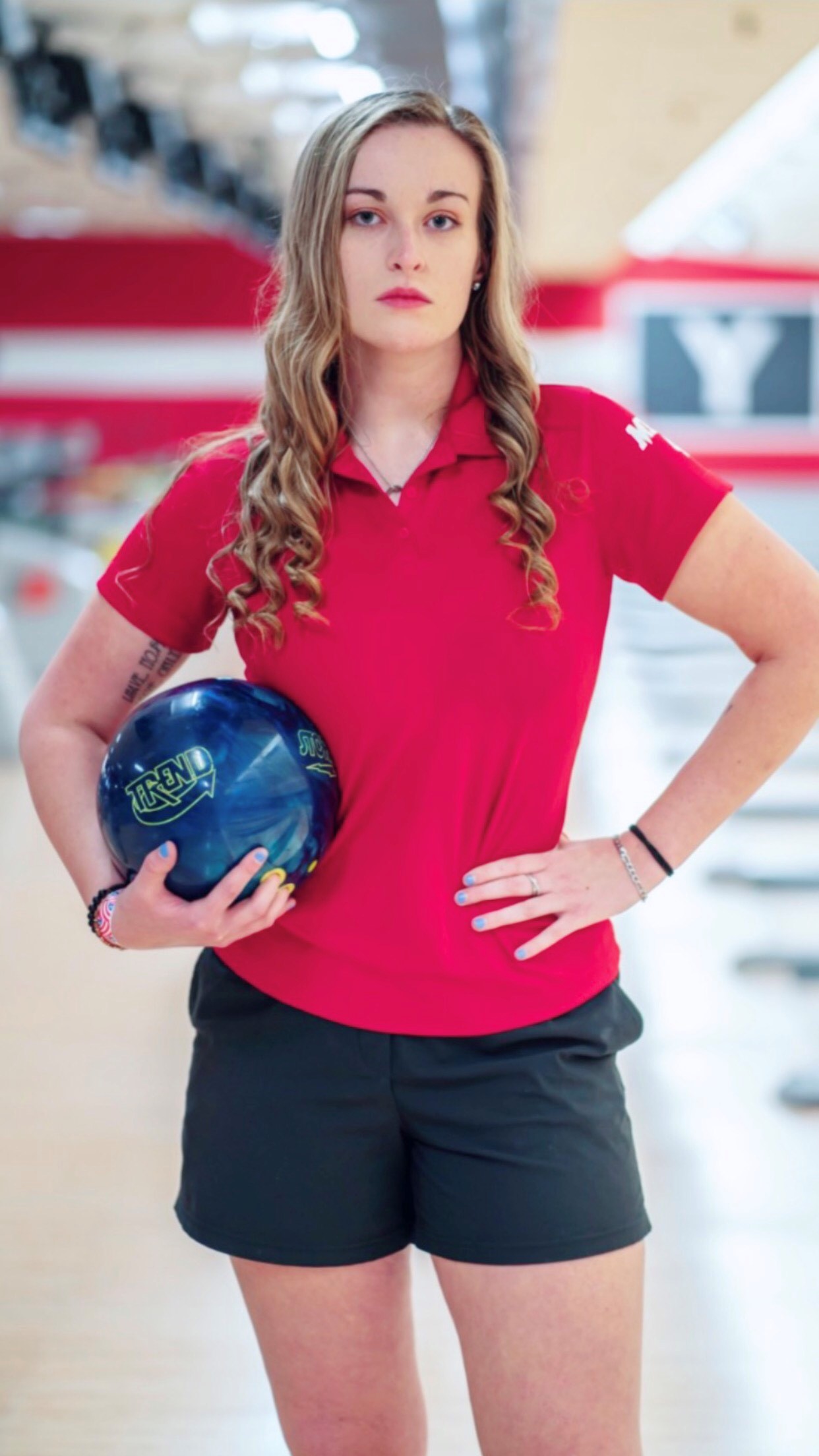 Needing a nine for the match win in the 10th, Ms. Robb threw strikes on her first two balls in the frame to secure the victory.

Ms. Robb qualified for the Intercollegiate Singles Championships after a strong showing at the Dayton regional in April. She was No. 1 among 151 competitors in the regional singles competition with a total pinfall of 1282 for a six-game average of 213.7. She topped the 200-mark in three of her six games, with a high of 279.

She was tied for third among 24 competitors after the opening round with a six-game total pinfall of 1,227 for an average of 204.5 per game.

“I am so proud of Katie for this amazing achievement and how well she represented the team and the university,” said Alecia Shields-Gadson, Delaware State Interim Director of Athletics. “She is a shining example of the greatness in our student-athletes, and how well they are meeting the challenges of the times.”