As we celebrate Women’s History Month, Delaware State University is also fast approaching its 130th anniversary, making it a good time to recognize some of the prominent women in the story of the First State’s only historically black institution of higher education.

After the Delaware College for Colored Students first opened for classes in 1892, its first four female students – Sarah A. Dutton, Rachel A. Dutton, Emma L. Moliston, and Amanda Robinson – were not enrolled until the fall of 1894. At first only admitted as “day students,” the following year then-College President William C. Jason made residential provisions for some of the young women to be accommodated with rooms in the President’s House.

While many other colleges in the country restricted enrollment to one gender or the other, President Jason made his position on that question clear in his first annual report to the Board of Trustees by asserting, “I believe in co-education.” One year after the first two male graduates of the College, Cora Moore became the first female graduate in 1899.

In 1897, President Jason hired Lydia P. Laws as the first woman to be employed at what was then officially known as the State College for Colored Students. In addition to serving as the residential matron for the growing number of female students, the native of Frederica, Del., and graduate of Clark College in Atlanta was also an instructor of teacher education, domestic sciences and other subjects. Her role in overseeing the welfare of the young women on campus became especially important with the 1901 construction of the first female dormitory, Lore Hall.

She served the College for 17 years, leaving in 1914 to care for her then-new husband. She is part of the dual namesake for the Tubman-Laws Residential Hall that was completed in 2019.

Laws has been followed by many other remarkable women in Del State history.

In the spirit of Laws, Cora W. Warren also spent her 25-year Del State career looking after the female students on campus. From 1944 to her retirement in 1969, she served as a residential hall director and dean of women. A motivating force and motherly figure for both females and males, she is one of the namesakes for the Warren Franklin Residential Hall on campus.

Dr. Harriet Ruth Williams, a native of Cheswold, Del., graduated in 1930 from the State College High School, and then in 1934 from the State College for Colored Students with a Bachelor of Science degree in Biology. After earning a Master of Science degree from Atlanta University, she returned to Del State in 1944 to begin a 52-year career. In addition to being the chair of the College’s Chemistry Department, she also served in a number of interim administrative positions over her career. In 1970, she became the first woman to be awarded an honorary doctorate by Del State. 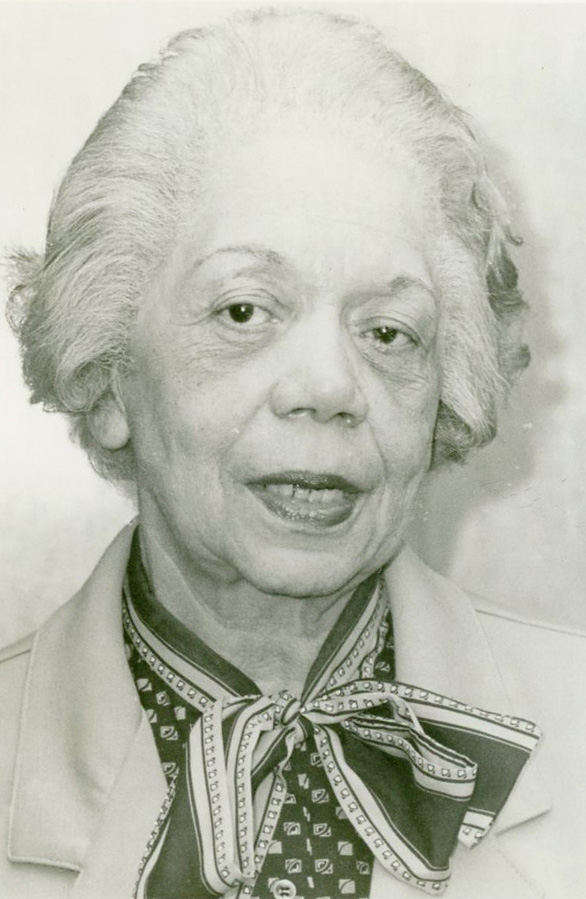 The College’s Board of Trustees was an all-male club for its first 57 years, until Beatrice Berryman broke that gender line in 1948 as the first female at Del State appointed as a Board member. That same year she became the first woman elected as Board vice president.

While other women were appointed to the Board in subsequent years, two others are of note. In 1971, Gov. Russell Peterson appointed Delma Lafferty to the Board, who at age 23 and a then-recent graduate of the University of Delaware became the youngest Del State trustee ever. Also, following the appointment of Dr. Cora Selby to the Board in 1980, she would go on to serve for 27 years, the longest trustee tenure of any woman.

In 2017, Dr. Wilma Mishoe – the daughter of Del State’s seventh president, Dr. Luna Mishoe – became the first woman to be elected as the chair of the Delaware State University Board of Trustees. In fact, with the election of Dr. Devona Williams as the Board vice chairperson, it marked for the first time in the institution’s history that the top two Board officers were women.

Dr. Mishoe’s Board chairwomanship would last only last five months. With the resignation of Dr. Harry L. Williams as president, the Board appointed Dr. Mishoe as acting president at the beginning of 2018 and then six months later named her as the permanent president – making her the first female chief executive in the University’s history, a top post she would serve in until her retirement at the end of 2019. With her elevation to president, Dr. Devona Williams became the Board chairperson, a top position she continues to currently hold.

Dr. Williams notes that when she became a trustee in 2012, the board was male dominated in number and culture. Only two of its 15 members were women at that time. Currently there are eight women serving as trustees.

“I made it a priority to encourage the recruitment of women leaders to the Board who are aligned with the strategic vision of DSU and have a passion for the mission,” Dr. Williams said. “In my role as chair, I am proud to say that the Board is almost evenly divided between men and women.  With the trend in higher education with dominant female enrollment, it is vital that institutional leadership more closely match it.”

Among the University’s First Ladies, most notable were Hattie Mishoe, a nurse by profession who was a driving force in the establishment of a Nursing Degree Program during her husband’s tenure, and Dr. Robin Williams, who was the only First Lady in Del State history to have a terminal degree and became well-known for her annual First Lady’s Tea events for University female graduates as well as similar tea events for community women during the tenure of Dr. Harry L. Williams.

While many women have distinguished themselves as faculty members throughout the history of Delaware State University, none – male or female – have matched the longevity of Dr. Mable Morrison, who is currently in her 58th year as a music faculty member. Over the last decade, she has also served as the University Grand Marshal during the Convocation and Commencement events. In 2012, the University presented her an honorary doctorate.

In the most recent female first, Dr. Saundra DeLauder (daughter-in-law of former President William B. DeLauder) in January 2020 became the first woman to be appointed as the provost and vice president of Academic Affairs – the second-in-command to the University president.

Dr. Wilma Mishoe, who long before her Board and University presidential service lived on campus as a teen in the 1960s during the presidency of her father, said throughout the history of Delaware State University there has always been the presence and influence of “strong Black women.”

“They were all trailblazers, forging new paths through previously untraveled terrain,” Dr. Mishoe said. She particularly noted the impact on her by Dr. Harriet Ruth Williams, chairwoman of the Chemistry Department, and Dr. Thelma Young, who became the second female to serve as the Board’s vice president.

“Without my realizing it at the time, they were both a huge part of that phenomenal ‘village’ which inspired, guided, molded, and helped to prepare me for the place I now occupy in Delaware State University’s history,” Dr. Mishoe said. “The women who have served at Del State rose from numerous adversities while leading the institution through some of its most difficult times.  Yet, with humility and compassion, they were resilient, determined and undefeatable. Their lives and their labors have left an undeniable path for all of us who have followed.”