Some Delaware State University students who previously were not fully familiar with the concept of shared governance, have learned that it encompasses all of the institution’s stakeholders.

Most important, the students learned that they are the University’s most important stakeholder group.

University Board Chairperson Dr. Devona Williams expressed that standing to them during the inaugural meeting of the Chair’s Student Circle, established to enable the Board to gain a better understanding of students and for students to learn more about board governance. 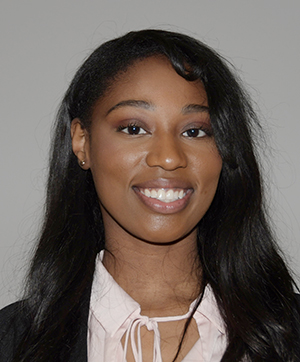 Originally planned to be a face-to-face meeting with some of Delaware State University’s student leaders, the discussion ultimately took place by video conferencing April 20 due to the COVID-19 campus closure.

Jayden Carr, a junior psychology major and the Vice President of the University’s Psychology Club, noted that the originally scheduled meeting had to be postponed due to the pandemic. “It would have been easy for the Board to hold off the meeting indefinitely, but the trustees proved their sincerity in wanting to hear from the students by working to reschedule it through a video conference,” he said.

Understandably, the main topic of the meeting was the impacts of the COVID-19 pandemic on students, after COVID-19 forced them to finish their spring semester online away from the campus since mid-March.

Dr. Williams and other Board members learned that while some students have adapted well to the online semester, for others it has been a challenge. Students let the Board know they highly value communications from the University and suggested that the Trustees utilize social media to share information with the campus community.

The Chair’s Student Circle is an outgrowth of the governing body’s direction over the last decade to become a more “consequential Board” that fully recognizes and engages all University stakeholders in its work to meet ongoing challenges and further raise the institution’s level of excellence.

With respect to the student stakeholder group, the Chair’s Student Circle represents a heightened awareness by the Board to gain further understanding of the student experience – not just academically, but their entire campus experience – on a more regular basis.

“We believe in fully engaging with the students, we get a better understanding of student concerns and needs,” Dr. Williams said. “Better engagement leads to higher retention and graduate success.”

Dr. Debbie Harrington, Board member and Chair of the Student Success Committee, said the Chair’s Student Circle was exactly what she expected it to be. “Unless you meet with them, you really don’t know whether the things we are trying to do are being accomplished,” she said. “We are able to find out from them whether we are meeting their needs.”

John Ridgeway, the Board’s Vice Chair, said that such meetings with students are educational and that Trustees have to be good listeners for the dialogue to be effective. “It gives us a good venue to figure out what’s going on in the mind of the students,” he said. “We also need to use this process to encourage them to be ambassadors, to share with other students what they are hearing from us.” 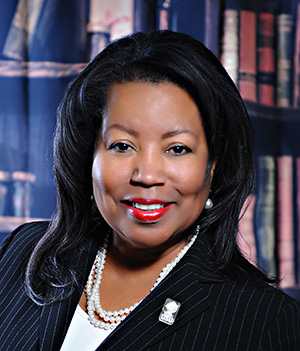 The six students on the call were leaders from a variety of student organizations, including the Student Government Association. They also represented international students and even the University’s Early College High School.

Ashlee Davis, a junior mass communications major and the Vice President of the Student Government Association, said with respect to the shared governance philosophy of the Board, it makes sense for the Trustees to engage the students.

“It is good that they are trying to include us, because we are the ones who keep the University going,” Ms. Davis said. “They need to hear our thoughts and concerns.”

“It was an incredible experience. They were actually listening to us, and that speaks volumes to the kind of character they are trying to create on campus,” said Mr. Carr, who is also the Vice President of the Psychology Club on campus.

Jewel Phillips, a sophomore mass communications major and this year’s Miss Sophomore, said the opportunity to dialogue with the trustees reflects the family dynamics of Historically Black Colleges and Universities, and more specifically Delaware State University.

“They are giving students an opportunity to be a part of the governance of the school and take advantage of mentorship opportunities,” Ms. Phillips said. “Personally, it reassured my decision in choosing this University because of how much they show that they appreciate the voice of their students.”