McMillon becomes part of DSU as its CIO

Delaware State University has announced that Darrell B. McMillon will join the institution as its Chief Information Officer, effective Jan. 1, 2020.

Mr. McMillon has worked in that same capacity at the University since 2016 but did so under Ellucian, a software and services provider for higher education that DSU has contracted with during that period. 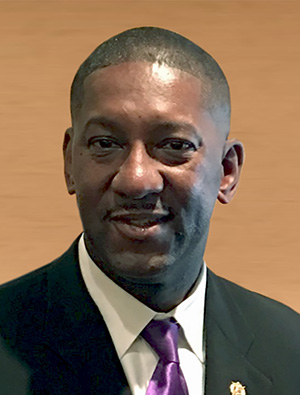 With over 30 years of experience in information technology, Mr. McMillon oversees all of the University’s technology and related services that support student learning, administrative processes, community service, and communications.

Before coming to the University, McMillon was the chief information officer at Camden County College in Blackwood, N.J. Before that he was the CIO of Hudson County Community College in Jersey City, NJ, as part of SunGard Higher Education, Managed Services of Malvern, Pa. (later become Ellucian).

He began his career in computer operations at AT&T in Piscataway, N.J., during the mid-1980s and later served as a Program Manager for Gateway 2000 of North Sioux City, S.D., and as an Associate Director of Client Services for Systems & Computer Technology of Malvern, Pa.

Mr. McMillon has a Bachelor of Science in Business Management from the University of Phoenix in Phoenix, Ariz., and is currently pursuing his Master of Business Administration at Liberty University. He also holds technical certifications in software development and project management.