The Delaware State University community joins the nation in mourning the passing of John Conyers Jr., the longest-serving African-American Congressman in the history of the U.S. House of Representatives, who passed away at his home in Detroit on Oct. 27 at age 90. 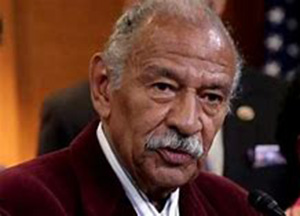 He demonstrated great tenacity in his efforts to establish a federal holiday to honor the Rev. Dr. Martin Luther King Jr., first proposing it four days after the April 4, 1968 assassination of the civil rights leader. Unrelenting in that effort along with others, Dr. King’s birthday became a federal reality 15 years later when President Ronald Reagan signed it into law in 1983.

This is Us . . . and that is no longer acceptable

A Message from the President