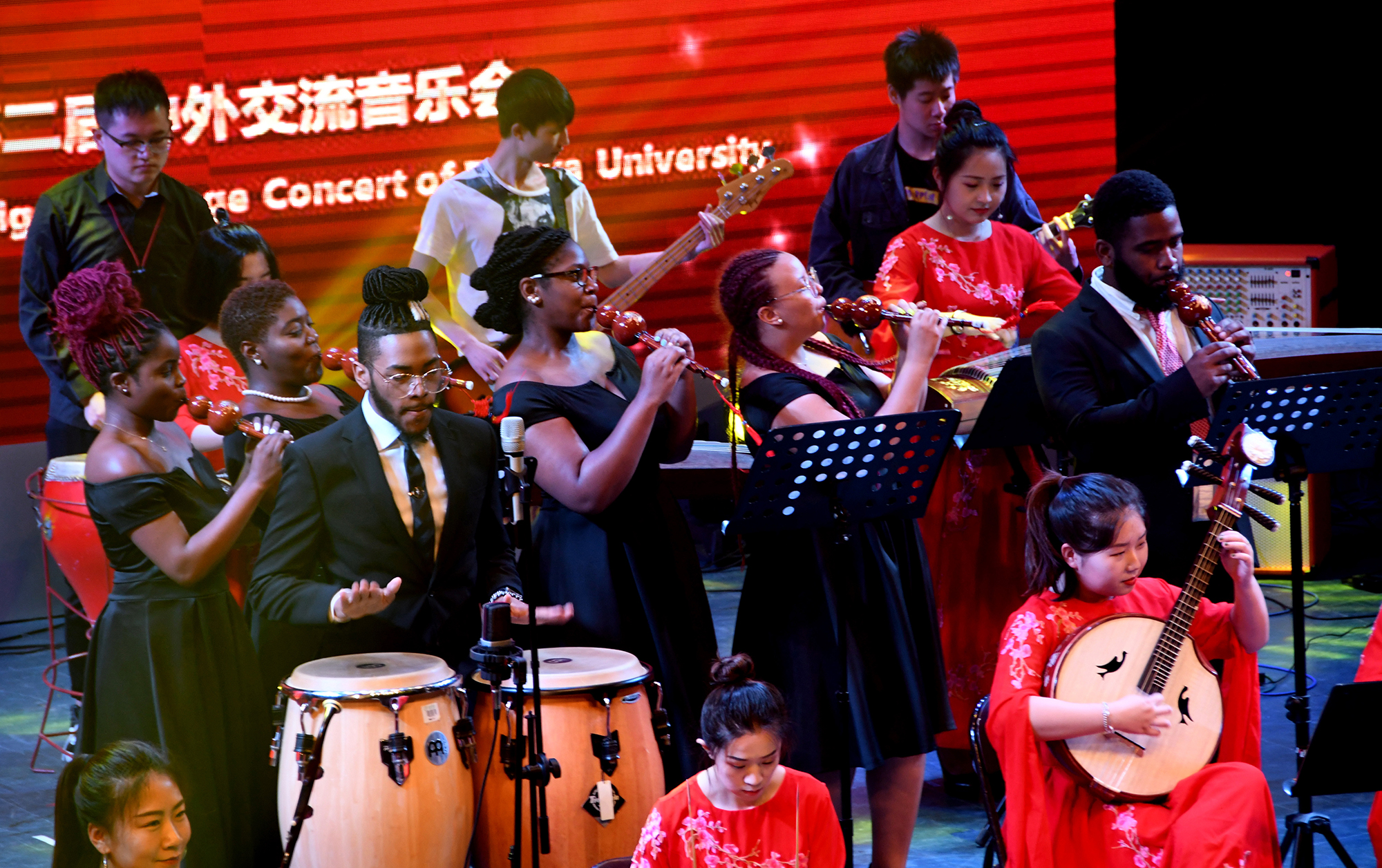 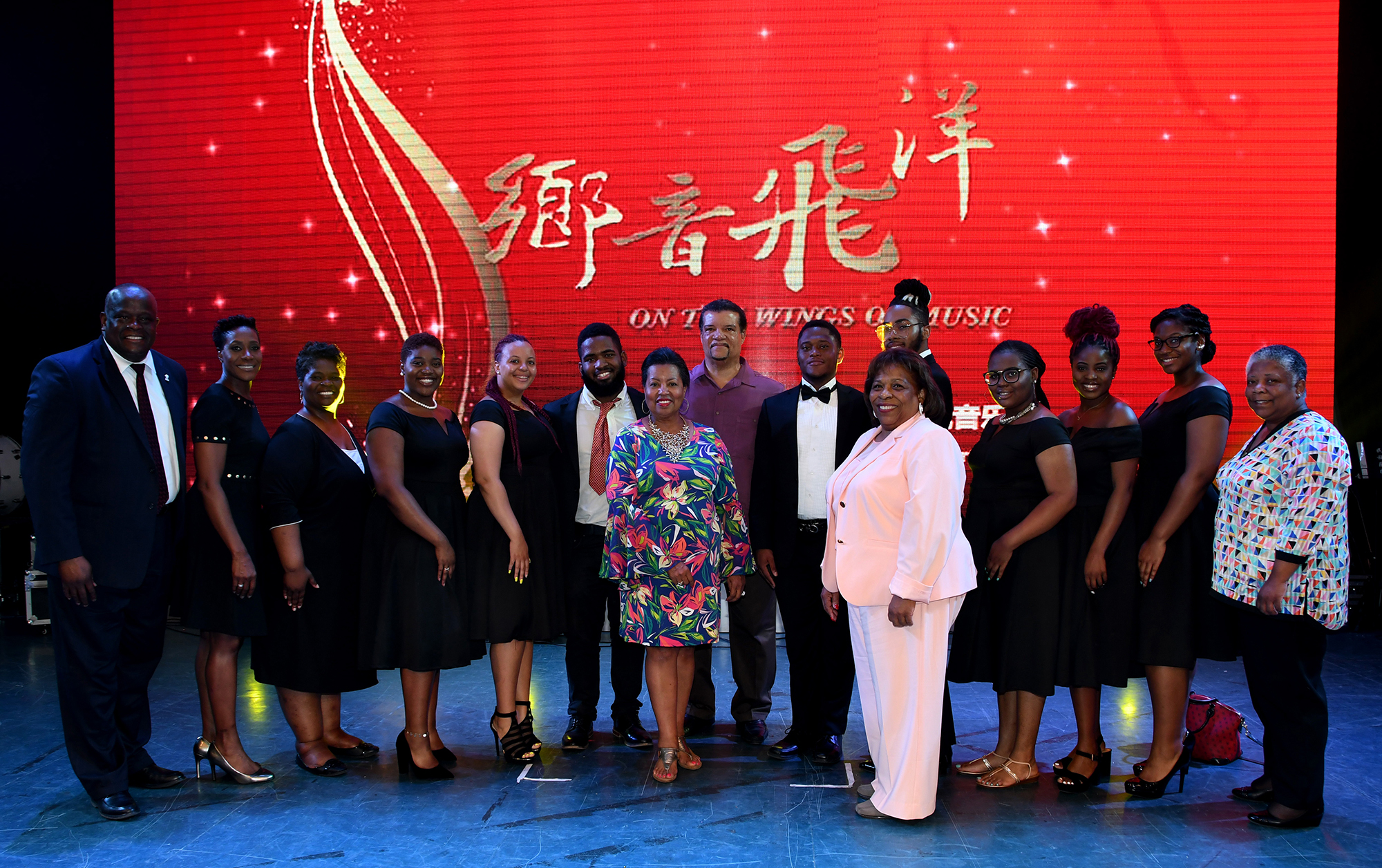 Eight members of the DSU Gospel Choir have experienced the universality of music during a trip to Jilin, China.

The DSU singers performed at Beihua University (BU) in Jilin, joining musicians and dancers from that school as well as from Kangwon University of South Korea for a June 23 concert.

The concert intersected with the China travels of DSU President Wilma Mishoe and a traveling delegation of DSU officials who were meeting with several universities – including BU – with which it has partnership activities.

The performances of DSU Gospel Choir members culminated a 10-day study abroad experience. During that period, the singers learned to sing in Chinese, received instruction on a Chinese musical instrument, and learned about Chinese culture through a number of field trips.

They were accompanied on their trip by Dedine Couch, choir advisor, and Dr. Francine Edwards, dean of the College of Humanities, Education and Social Sciences.

During the concert, the DSU singers began with a harmonically powerful performance of the gospel song “My God is an Awesome God.” They then returned to the stage to perform a song in Chinese – “Confession of Mask” – with the Hua Guo En Chorus of BU.

Finally, the DSU Gospel Choir members along with Ms. Couch and Dr. Edwards showed what they had learned in their Chinese instrument instruction by performing an instrumental selection with BU musicians.

In addition to Dr. Mishoe, also in the audience were the following DSU delegation members: Dr. Devona Williams, chairperson of the DSU Board of Trustees, and her husband Ken Anderson; Dr. Fengshen Liu, associate vice president of International Affairs: Antonio Boyle, vice president of Strategic Enrollment Management; and the Rev. Rita Paige, sister of the DSU president.

“It was a culture shock, but a good culture shock,” said Ms. Lambert. “They were amazed at us because there are no African-Americans here, but they were very nice people. They didn’t get frustrated with us when they didn’t understand our English.”

“We were international celebrities,” said Ms. Ross. “Shopping was very cheap; we were able to buy a lot of nice stuff.”

Dr. Mishoe said she was proud of the DSU Gospel Choir members and was impressed by their performances.

“It brought to mind peace and harmony and demonstrated through their music how the world could be,” Dr. Mishoe said.

University Offers Facilities for COVID-19 use