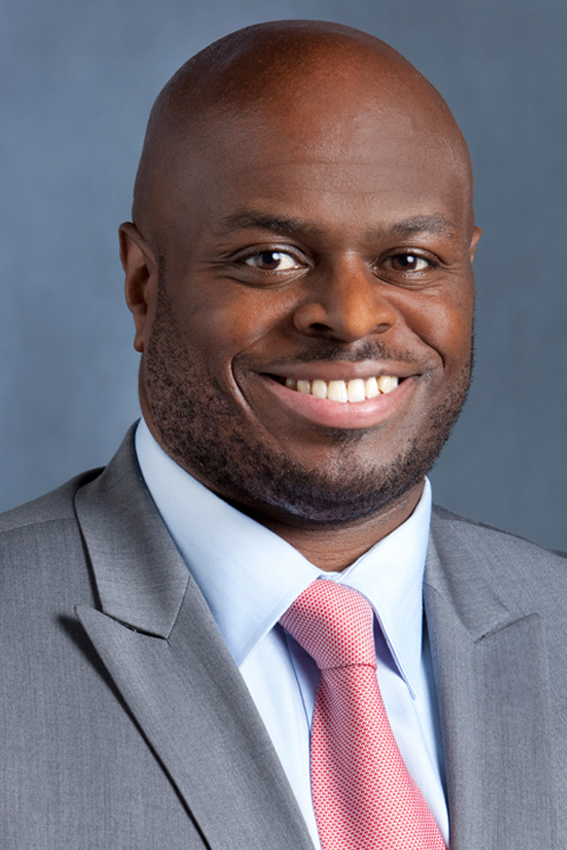 Committed to a vision of making Delaware State University the most diverse, contemporary HBCU in America, Tony Allen became the University’s 12th President on January 1, 2020. He succeeded Dr. Wilma Mishoe, the first female chief executive in the institution’s history.

“I consider Delaware State University to be one of the most important institutions in the country,” Tony said on his first day in office. “I don’t choose those words lightly. Few institutions specialize in providing access to a four-year, comprehensive education to students who lack every advantage except sheer determination to do better for themselves and their families.”

Delaware Governor John Carney added, “Tony understands that the University’s role today is helping to build our workforce, while having both a social and economic impact on Delaware.”

Tony had previously served as Delaware State University’s Executive Vice President and Provost since July 2017. As Chief Academic Officer of the nation’s #4 public HBCU (as ranked by US News & World Report), he led a faculty of more than 220 professors in 18 academic departments, serving over 5,000 undergraduate and graduate students.

In two-and-one-half years as Chief Academic Officer, Tony implemented a reorganization of the University’s academic colleges and the professional advising unit. Under his leadership, the University has developed new impact-oriented organizations including the Center for Neighborhood Revitalization and Research and the Center for Global Africa, while materially expanding the institution’s global partnerships in China, Poland, Jamaica, and across Africa.

During that period, the University’s funded research portfolio increased from $19 million to $23 million (7th among HBCUs) and the institution’s chartered Early College High School graduated its first two classes, sending 52% of those students to Delaware State University with an average of 40+ college credits already earned.

He has labored tirelessly to raise public awareness and build or expand new partnerships for Delaware State University. Public and nonprofit endeavors have included the City of Wilmington, the Bill & Melinda Gates Foundation, and the Executive Leadership Council. Simultaneously, the University has been expanding corporate partnerships with JPMorgan Chase, Corteva, Exelon, Apple, the FMC Corporation, and many others.

This work has not gone unnoticed. In 2018, Tony received the Campus Compact Mid-Atlantic Civic Leadership in Higher Education Award, and in 2019 the Delaware Barristers Association honored him with its Excellence in Education Award for his “leadership and outstanding contributions to the field of education,” which has “demonstrated a true social commitment to social justice and equality for all.”

Of Tony’s tenure as Provost, Board Chairperson Dr. Devona Williams said, “Tony has materially strengthened our academic and research enterprise. He has a complete understanding of the challenges and opportunities in higher education, and particularly what it takes for students at a Historically Black College or University to succeed in academics, in establishing a career, and in life.”

Previously, Tony led the corporate reputation group at Bank of America and was responsible for developing programming to influential media elites, national social justice advocates, academics and elected officials and their staff at federal and local levels. He was also responsible for ongoing reputation analysis and related research; led communications for the bank’s Consumer, Commercial Banking, and Wealth Management businesses; and co-chaired the Global Marketing & Corporate Affairs Diversity & Inclusion Council. He started his financial services career as an Executive Vice President at MBNA America.

Tony’s career has been primarily characterized, however, by his lifelong commitment to public service, including service as the Founding President of both the Metropolitan Wilmington Urban League and Public Allies Delaware. In the former position, he received the National Urban League’s highest honor, the Whitney M. Young Award for Advancing Racial Equality. From the foundation he provided to Public Allies Delaware, the organization has graduated more than 1,000 young adults as “Allies,” who have provided more than 1 million hours of public service to Delaware communities.

Within the field of public education in Delaware, Tony chaired the Wilmington Education Improvement Commission and its predecessor organization, while also serving on the Board of Directors for the Rodel Foundation. His work there was instrumental in providing the starting point for the newly appointed Redding Consortium for Educational Equity. He currently co-chairs the Greater Kent County Workforce Education and Skills Development Group.

Tony has served twice as the Chairperson for the United Way of Delaware’s $20 million annual charitable campaign, and is Chair Emeritus of the National Urban Fellows. He held a position on the transition teams of both Governors Jack Markell and John Carney, and was a speechwriter for then-U.S. Senator Joe Biden.

He holds a 1993 Bachelor of Arts Degree in Political Science from the University of Delaware and a 1998 Master’s Degree in Public Administration in Nonprofit Management and Community Development from the Austin W. Marxe School of Public and International Affairs, Baruch College (CUNY). He completed his academic journey at the University of Delaware’s Joseph R. Biden Jr. School of Public Policy and Administration by earning a 2001 Ph.D. His dissertation was on “Devolution and Intergovernmental Decision-Making: The Delaware Welfare Reform Experience.”

Over the past 15 years, Tony has been an active scholar and lecturer in the field of public policy and educational reform. In 2002, he began that career with the study Handgun Violence in Delaware for the Urban League and collaborated with Dr. Leland Ware on The Geography of Discrimination: Hyper-segregation, Isolation, and Fragmentation within the Black Community. In the ensuing years, he has contributed multiple articles on similar subjects, including “Much is Required” in the Urban League’s 2017 Report on the State of Black America.

Tony has maintained an active speaking schedule on behalf of Delaware State University and the overarching vision of educational access for all. He recently appeared at the Apple “Educause” Conference in Cupertino, California; keynoted the Ellucian Conference for Historically Black Colleges and Universities; appeared at the National Orientation Director’s Association (NODA) HBCU Summit; and addressed the Middle States Commission on Higher Education (MSCHE), among others. Among his many international appearances, Tony has given the Commencement address at Ningbo University of Technology in China, as well as keynoted the Convocation for Adunkele Ajasin University in Nigeria.

As Tony said in the video released on New Year’s Day 2020, “I am a first-generation college student. My father never completed 11th grade; my mom raised me as a single mother. They believed so strongly in education that it never occurred to me I had any other choice except to go forward as far as talent and opportunity would take me. Providing low-cost, high-quality education not only to the best and the brightest, but especially for those who are locked out or underserved, is not just Delaware State University’s history, it is WHO WE ARE.  Our doors always have and will be open to everyone, regardless of skin color, national origin, the god they worship, who they choose to love, or how much money their family makes.”