A recently published peer-reviewed paper by a DSU researcher of Veery songbird species migrations may provide meteorologists another way to predict the severity of oncoming hurricane seasons.

Dr. Christopher Heckscher, associate professor of environmental sciences in the College of Agriculture, Science and Technology, has published new findings that the length of the annual Veery breeding season when they migrate to South America as well as the number of eggs they produce are predictors of hurricane season severity the following summer and fall. 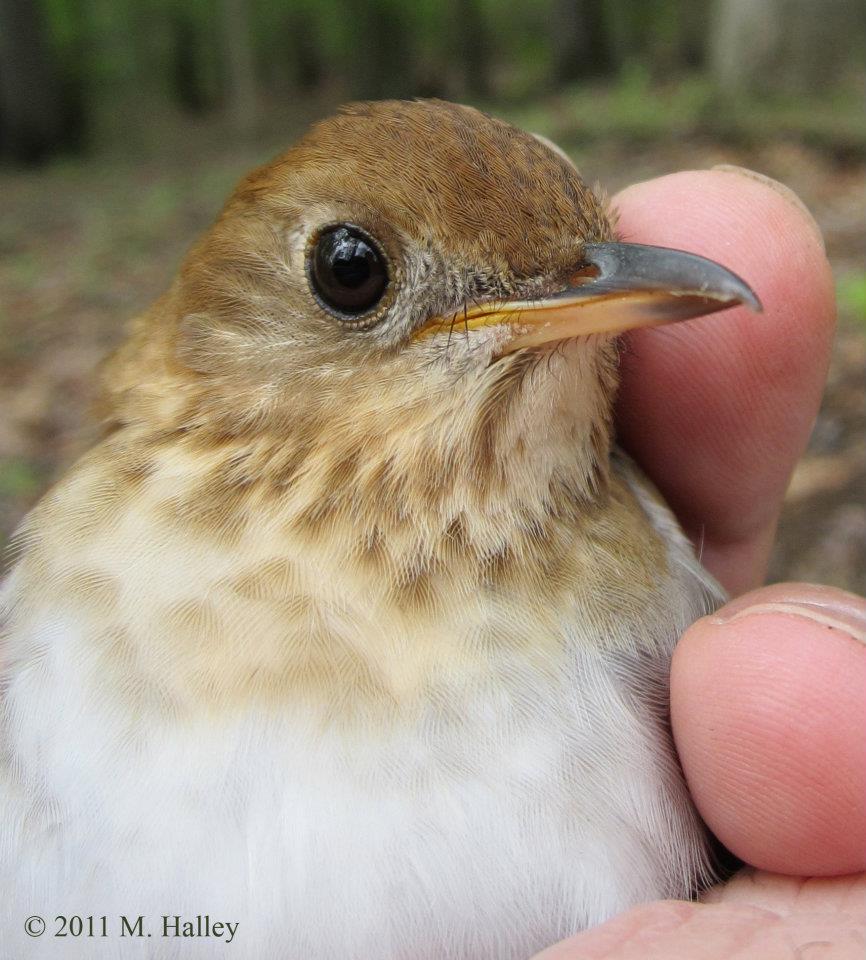 Dr. Heckscher’s findings are included in his article “A Nearctic-Neotropical Migratory Songbird’s Nesting Phonology and Clutch Size are Predictors of Accumulated Cyclone Energy,” which was published in Nature/Scientific Reports (https://www.nature.com/articles/s41598-018-28302-3).

More simply put than the article title, Dr. Heckscher has found that shorter Veery breeding seasons and earlier departures from North America for the flight back to Brazil for the winter correlate strongly with a more severe hurricane season.

“Veery come up from Brazil and nest in North America – including Delaware – but typically have only time to raise one brood (lay a few eggs) before they have to return to South America,” Dr. Heckscher said. “Because other bird species are able to raise more than one brood during the breeding season, I began to wonder why does the Veery species only produce one brood during that period.”

Armed with breeding and migration data he had already collected since 1998, Dr. Heckscher began correlating it with hurricane data for that period. Specifically, the researcher looked at the Accumulated Cyclone Energy (ACE) index – which is generally thought to be the best measure of seasonal hurricane activity. ACE measures the strength and duration of all named storms in a hurricane season.

The Veery species typically arrives annually in North America in mid-spring and the females begin laying their eggs in early May. During those seasons in which the Veery perceives severe hurricanes await their migration across the Gulf of Mexico and the Caribbean Sea, their breeding season is shorter, enabling an earlier departure from North America to give the songbird more time to circumvent extreme weather conditions such as high winds and torrential downpours.

Dr. Heckscher discovered that during years the breeding season was longer, it coincided with less severe hurricane seasons. According to the article, only three times during the 18-year data collection period did the research find an extended breeding period in which the Veery species raised more than one brood; those took place before lesser hurricane seasons.

In addition, the research data indicated that the laying of a larger brood was also an indicator of a more severe hurricane season as well.