The name of William C. Jason, the second president in the history of Delaware State University, has reclaimed a beach that was formerly named after him during the days of segregation at the Trap Pond State Park. 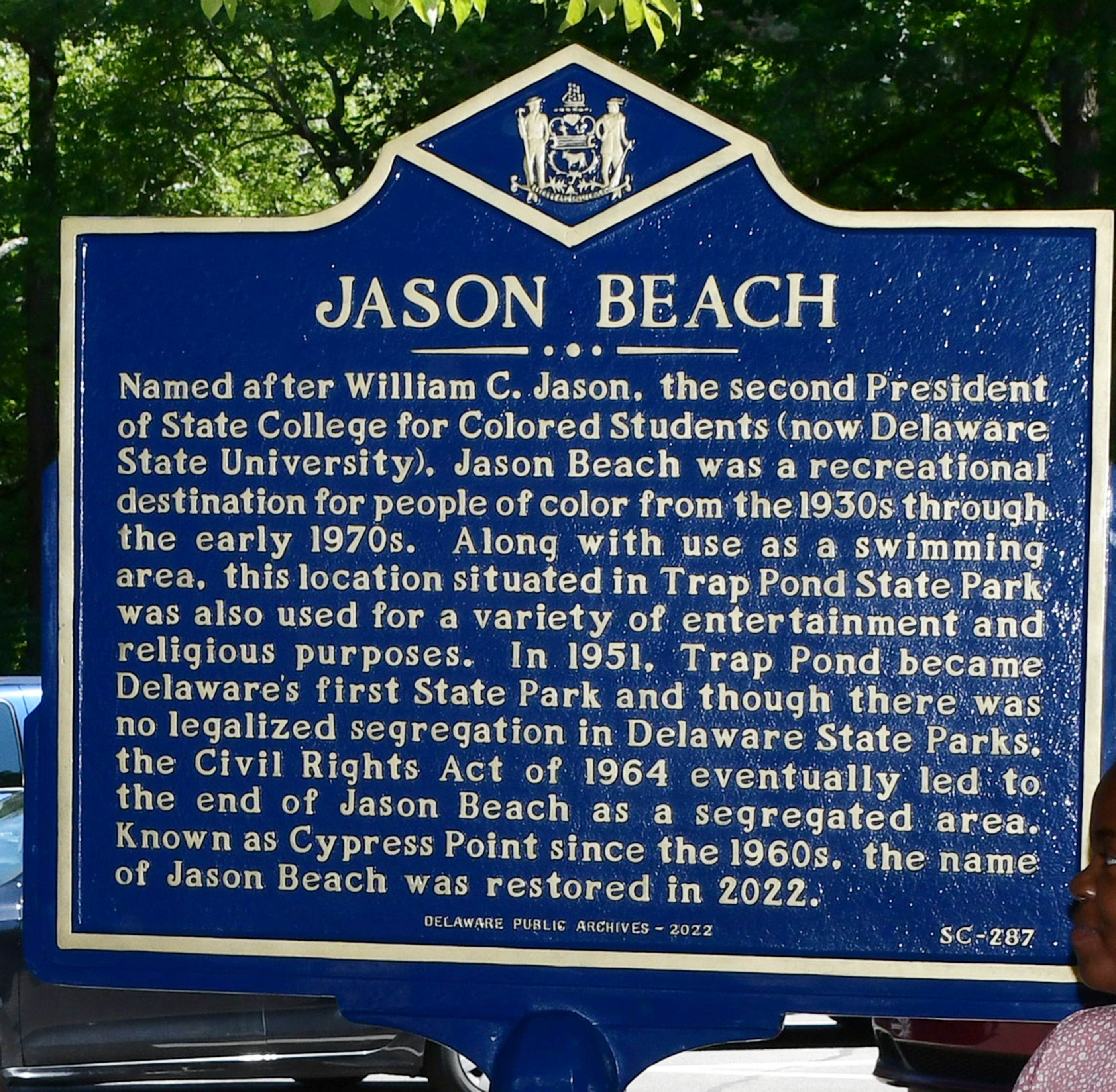 The Juneneenth Day weekend observance in the Laurel, Del. area was climaxed with the renaming of the Cypress Point Beach to Jason Beach, which had been the name of the gathering place for African Americans during the segregation era.

William Jason was the president of the then-State College for Colored Students for 28 years from 1895-1923 – who is the longest serving president in the history of Delaware State University.

The State of Delaware named the beach Cypress Point in the mid-1960, effectively pushing the informal Jason Beach name into somewhat obscurity. However, that name and what the formerly segregated beach meant to the African American community was never lost on memory of those who grew up in that period. Those memories were passed on over the years to subsequent generations through oral history.

During the ceremony, accounts were shared of countless activities – picnics, fishing, horseshoe pitching, dancing swimming, and yes, church services and baptisms – that were enjoyed in those days at the site by African Americans from all over Delaware and beyond who came to Jason Beach. The Jason Beach of old also featured a concession stand as well as a jukebox that sat in a pavilion filling the air with the sounds of jazz, swing, and the popular R&B artists of the day.

Laurel Councilman Jonathan Kellam, who was one of the driving forces that made the renaming a reality, recalled his childhood at Jason Beach. 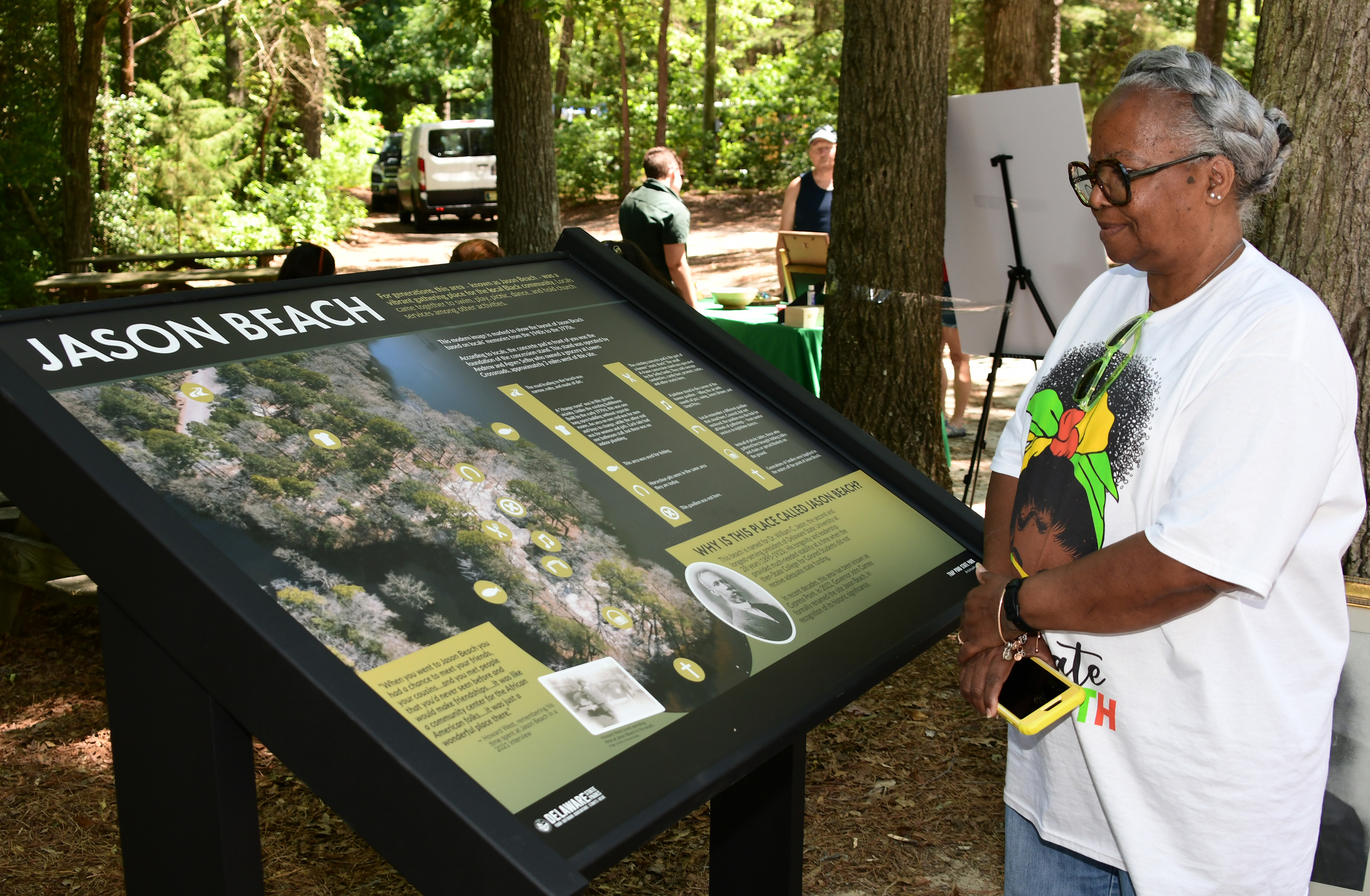 “Back then when it was segregated, the white kids play on the other side of Trap Pond and we played over here,” Councilman Kellam said. “One of the big question I had was ‘I wonder if they’re having as much fun over there was we’re having over hear’.”

University alumnus Howard West, Class of 61, recalls from his childhood that Jason Beach was like a community center for African Americans. “When you went to Jason Beach, you had a chance to meet your cousins, and you met people that you’d never seen before and would make friendships,” he said. “It was just a wonderful place.”

Virginia Sneed said Jason Beach was a regular community meeting place. “Sometime during the summer, we went to Jason Beach basically every day, sometimes every other day,” she said. “But mostly we went on Sunday after church. That was when the biggest gathering were.” 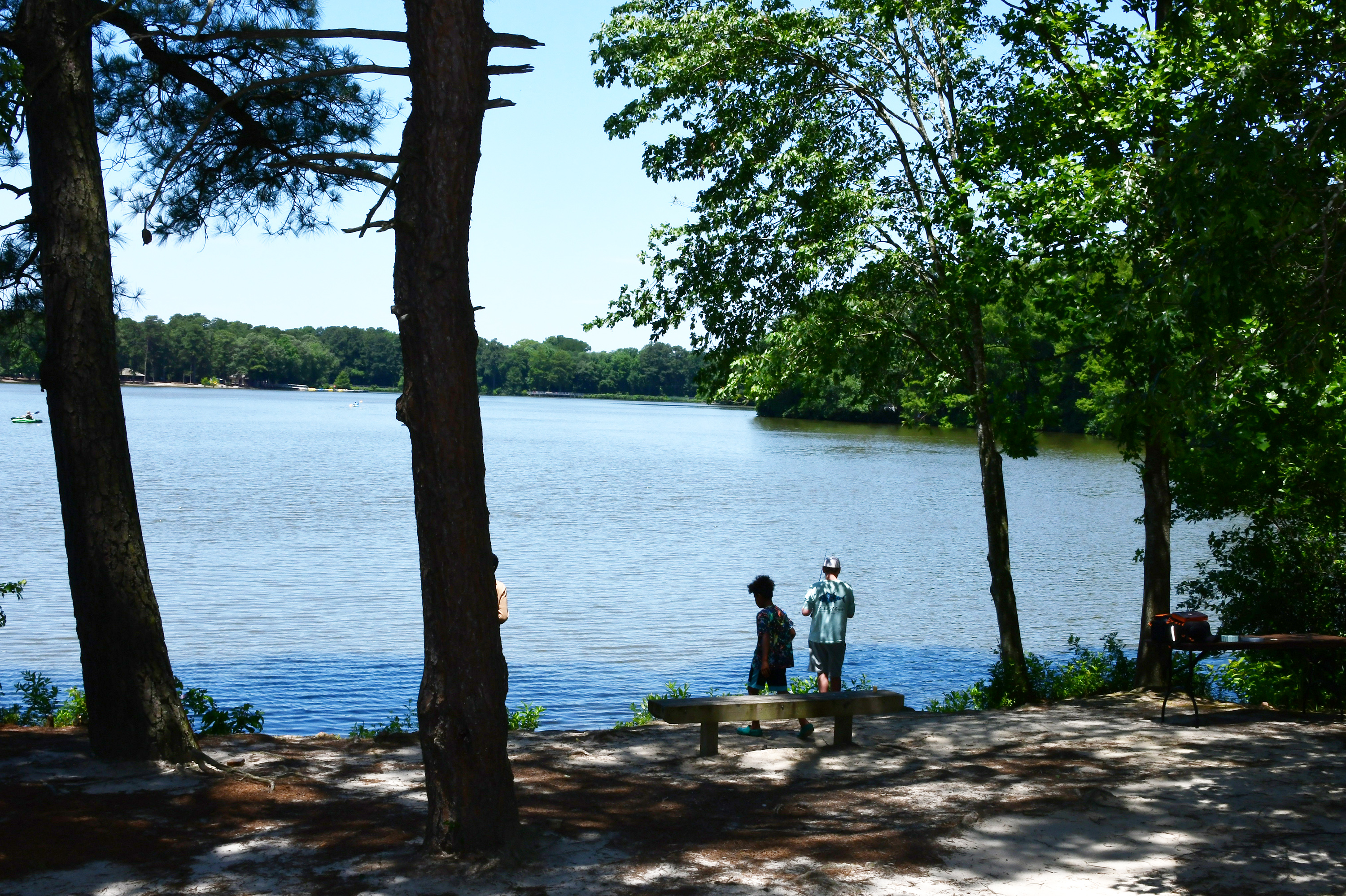 As the State College for Colored Students president, William C. Jason is credited with keeping the institution going in its fledging years, overcoming Delaware educational shortcomings in preparing African American youths for higher education opportunities, as well as inadequate state funding through his leadership tenacity, creativity and dedicated longevity.