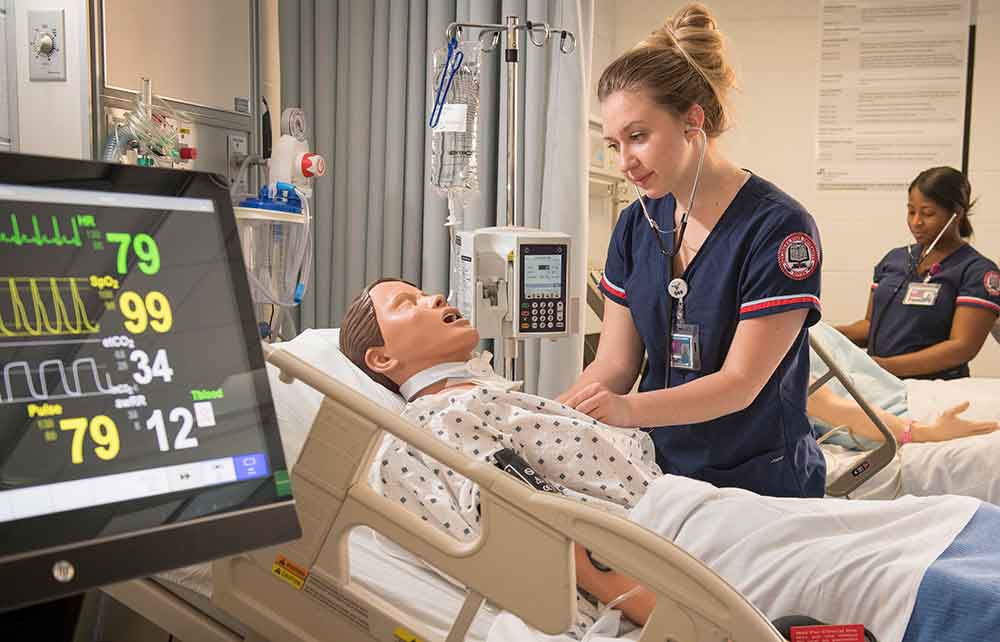 Over the last four years, the DSU Department of Nursing has expanded its laboratory facilities and has raised its standards on how it prepares the health professionals who graduate from its program.

The outcome of that work has been evidenced in recent years by the increased pass rate of the program’s graduates after taking the National Council Licensure Exam for Registered Nurses (NCLEX-RN).

To ensure the protection of the public in receiving health services, graduates of nursing schools in the U.S. and Canada are required to pass the NCLEX-RN to become licensed as a registered nurse and be authorized to work in that field.

From 2007-2014, only an average of 62% of the program’s graduates passed the NCLEX-RN; however, changes in program admission criteria, increased rigor in curriculum, and assessment and faculty accountability over the last four years have increased the testing success rate to almost 85 percent from 2015 to 2017. Preliminary results indicate that the nursing Class of 2017 had a pass rate of 90%, with 18 of 20 of its graduates passing the NCLEX-RN on the first attempt.

Dr. Marshá Horton, dean of the College of Education, Health and Public Policy, has overseen the Department of Nursing’s improvements since she assumed the leadership post in 2013. She said all the Nursing Program’s efforts have focused on increased student success.

“A lot of work has been done in the department to facilitate faculty success in their work, with the greater goal always to facilitate student success preparing them to pass the licensing exam and obtain jobs to launch their nursing career,” Dr. Horton said.

The DSU Nursing Program – established with its first class in 1978 – is fully accredited by the Accreditation Commission for Education in Nursing. It received its initial accreditation in 1987.

After the department experienced a decline in the NCLEX-RN pass rate among DSU nursing graduates about five years ago, the program commenced efforts to bring about improvements in admission, curriculum, student admissions criteria, and faculty expectations.

State funding, through direct allocations and grants from the Health Fund, enabled the Nursing Program to purchase nursing lab equipment that provides hands-on training and enhances the development of critical thinking. The department used the funding to upgrade existing nursing equipment and to increase the number of simulators – which included purchasing high fidelity mannequins that can mimic human conditions and symptoms of various illnesses, which help students learn to make immediate bedside decisions concerning nursing actions.

With the assistance of the University’s Division of Institutional Advancement, the department was able to obtain funding from the Marmot Foundation and the Good Samaritan Foundation that supported the renovations of the department’s nursing labs – which are set up as simulated hospital rooms. Currently, the program now has four nursing labs with simulator patients – a total of 10 that include male and female adults and youths, an infant and even a pregnant “birth” mannequin that actually gives birth to a full term newborn.

The Nursing Program also instituted a more rigorous and consistent student admission system from the pool of pre-nursing students competing to enter the nursing major their junior year. The Department’s Admission Committee adopted stronger standards and the department decreased the number of students it accepted into the major to 24 per class year, improving the faculty-to-student ratio to 1:6 in the clinical component. The Nursing Program established a 3.0 GPA requirement for students to enter the program and applicants have to pass a pre-admission exam. 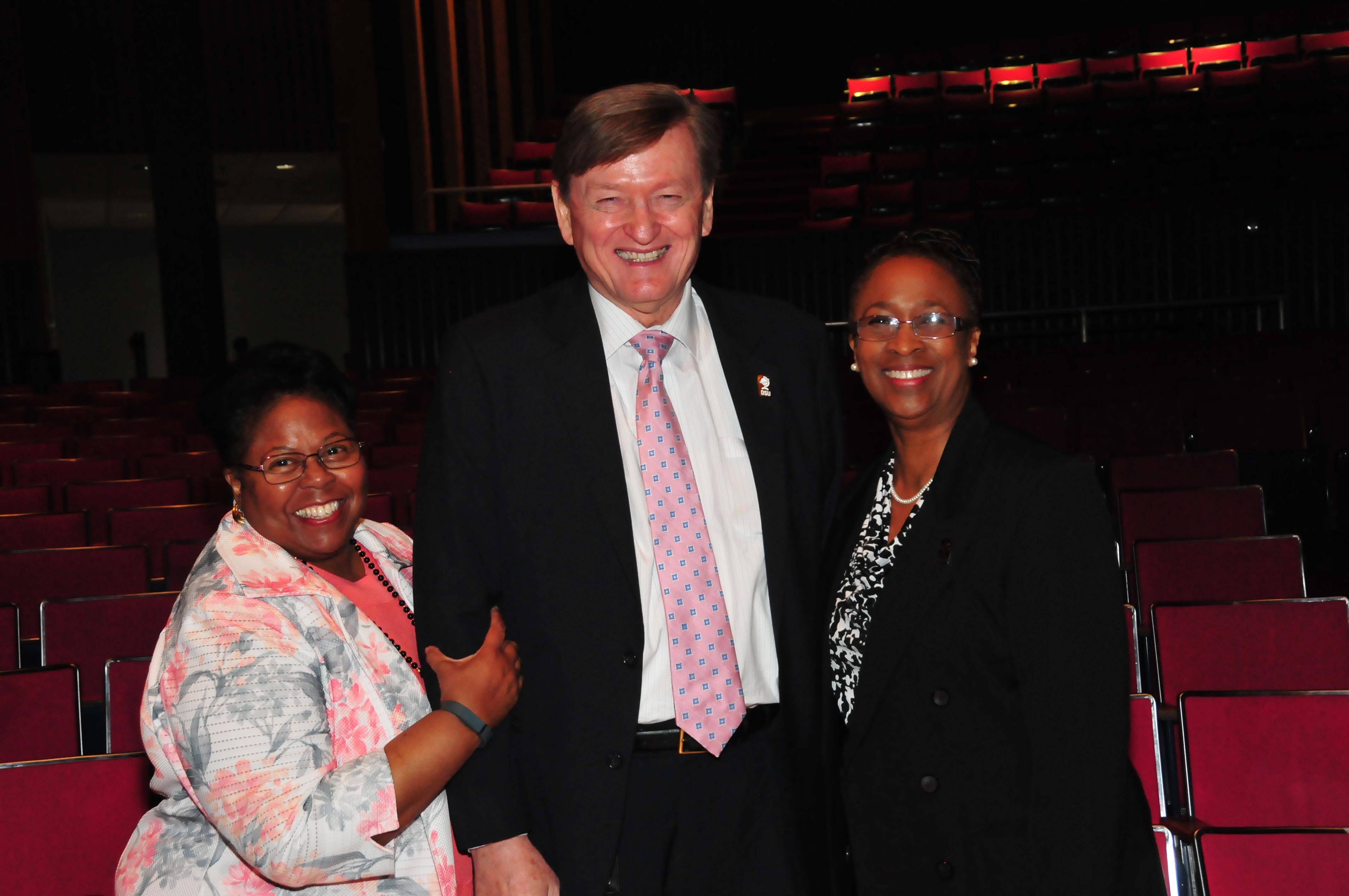 The management of clinical schedules and relationships and the maintenance of the lab, study modules and testing systems that were previous handled by one or two staff members on a part-time basis is now delegated to three people – a clinical coordinator, a nursing skills coordinator and a computer lab coordinator.

Teaching improvements have also been made by requiring more accountability among faculty and encouraging them to seek continuing education opportunities related to their individual specialty areas.

Dr. Richardson noted that Associate Provost Bradley Skelcher was instrumental in the work to upgrade the department. “His administrative efforts yielded a measurable improvement in NCLEX-RN outcome performance,” she said. “Dr. Skelcher’s critical administrative support facilitated the Department of Nursing’s goal to increase the NCLEX pass rates among our graduates.”

Dr. Horton added that it was a department-wide effort to make the needed improvement and that it will be an ongoing mission for the Department of Nursing to continue to work toward higher levels of excellence.

“We serve a student population that is culturally diverse, regionally and ethnically. They all come here with a strong desire to learn and to serve as nurses. It is our responsibility to prepare them with the knowledge and skills they need to pass the licensing exam and to be strong nurses skilled in providing health services to diverse populations,” Dr. Horton said.