Delaware State University has leveraged its hemp research to receive a three-year, $591,628 National Science Foundation grant that will fund the investigation of undergraduate research experiences and their benefits to students and their academic journeys.

The grant funding will allow DSU undergraduates to take part in the ongoing hemp research at the University.

“Research has shown that students who engage in research benefit from a wide range of outcomes, including more confidence in their abilities to do science, a greater connection with the scientific community, and increased persistence in science,” said Dr. Kimberly Milligan, visiting Assistant Professor of Chemistry and principal investigator of the grant. “Students have a greater connection to their discoveries and learning when they can visualize the link between what they are learning in lab and real-world applications.” 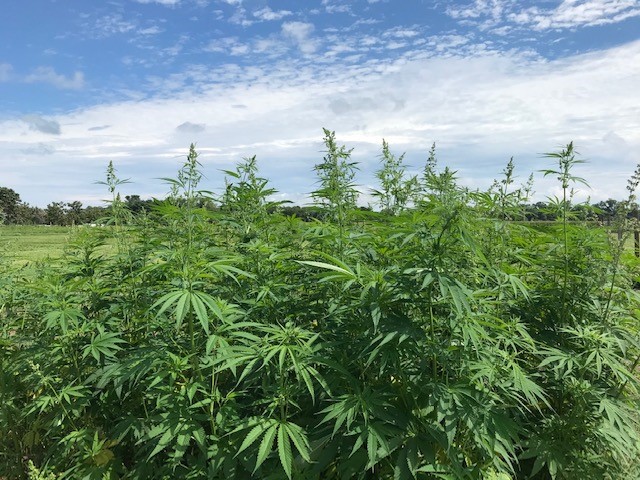 Del State students traditionally have been exposed to science labs where they dissect animals and re-enact already proven experiments. The students may not initially know the outcome of the experiment, but the instructor does.

The initiative funded by the NSF grant will immerse students in “course-based undergraduate research experiences (CUREs)” in which classes of students will be engaged in a research question within the context of the course. Instead of doing non-research dissections or lab processes, the students will be engage in the ongoing hemp research that has been taking place within the College of Agriculture, Science and Technology since 2019. In this research, the students along with the faculty will together learn anew the outcomes of their work.

As the students get hands-on experience in current research, faculty investigators will focus on the associations between student outcomes as analyzed through their involvement in CUREs and traditionally taught curriculum. Specifically, investigators will weigh the impacts on academic achievement, retention, scientific literacy and reasoning skills, among other results.

Although hemp comes from the same plant species as the largely illegal marijuana strain, the former does not produce the “high” effect caused by the latter.

After the passage of state legislation in 2018 that allowed for the cultivation of hemp for research and academic purposes, federal legislation soon thereafter removed the confusion between hemp and its plant cousin marijuana by establishing hemp as a legal agriculture commodity.

In addition to studying the hemp harvests of Delaware farmers, the University researchers are also growing their their own hemp crops.